As part of this years Carnaval celebrations the Obeliscos Macho y Hembra / Obelisks Male and Female will be getting married!

The two large obelisks on Ave. George Washington, known as the Malecon, in Santo Domingo will join as one when they wed on Friday March 1st at 6PM. All are invited to these romantic, one of a kind, nuptials. The palm trees lining the seaside road will be dressed in their best, lit up to the max, while they stand as bridesmaids and best men for the newlyweds. 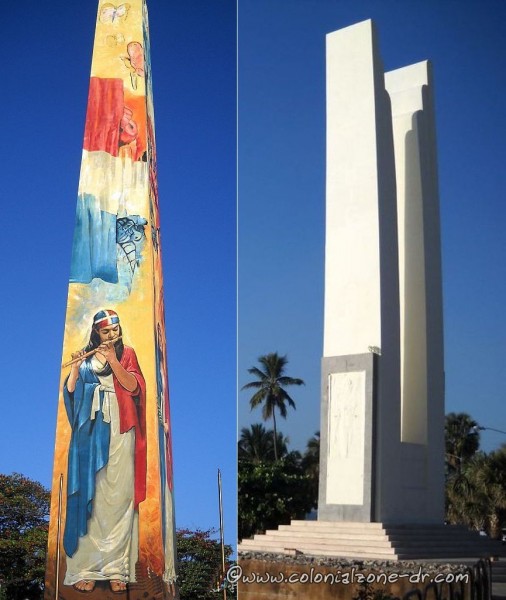 Obelisco Hembra and Macho to be wed. This is a picture of their last week of being single they have before they take the plunge and become spouses.

This is a picture of the last week of being single they have before they take the plunge and become spouses.

The new “Boda de los obeliscos macho y hembra” / “Wedding of the obelisks Male and Female”, is nothing more than a theatrical farce written by playwright Félix Germán. Many officials representing the country will be present and the singer for this service will be José Antonio Rodríguez.

March 2nd is the Children’s Carnaval Parade/ Desfile Nacional Infantil with 70 troupes of children and youth aged 5 to 14 years from different provinces will be at Avenida de la Salud in Mirador del Sur. The fun for kids and the young at heart starts at 9AM with lots of kids entertainment including clowns, face painting, inflatable games and other children’s shows.

The 3rd of March is the big, huge, grande National Carnival Parade/ Desfile Nacional de Carnaval on Avenida George Washington. Presiding over this years carnival are the King and Queen/ Rey y Reina Milly Quezada y Fernando Villalona. The best of the best of Carnaval with floats, music, dancing and a multitude of colors to fill every corner across this route. There will be about 250 troops from the 32 provinces of the Dominican Republic. This year there will also be representatives of the carnivals in Haiti, Belize, Colombia, Curacao, Guadeloupe and the United States, among others. All this fun starts at 3PM. 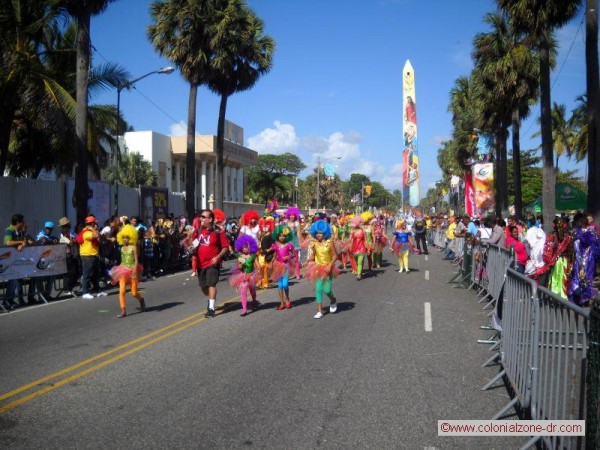 Carnaval on the Malecon