“Man of La Mancha”/ “El hombre de La Mancha” will be returning to the Sala Principal Carlos Pinantin in the Teatro Nacional in Santo Domingo on Friday 21 and Saturday 22 of September 2012 starting at 8:30PM. Ticket prices start at RD$700. You can purchase tickets at the National Theaater box office (phone 809 687-3191). 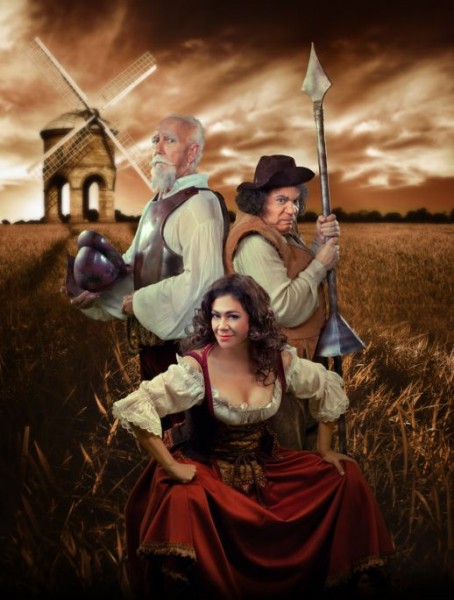 This is the second performance of the musical after the first was so successful. the same cast and director will be returning to give us all a second chance to see this spectacular show. Director – Fidel Lopez Don Quijote – Ivan Garcia Sancho Panza – Kenny Grullon Maridalia Hernández – Dulcinea del Toboso

More information about the first showing of Hombre de La Mancha at BroadwayRd.

The Man of La Mancha originally opened on Broadway in 1965. Based on the book by Dale Wasserman, lyrics by Joe Darion, and the music by Mitch Leigh.