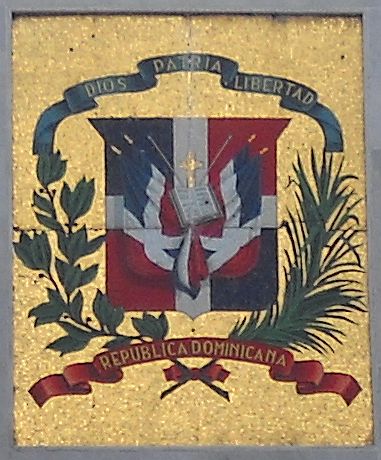 This is the Shield from the center of the Dominican Flag (more history of the The Flag / La Bandera and The Dominican Flag Coat of Arms (Shield) / El Escudo Dominicano). This is on the front of the monument dedicated to the Founding Fathers of Dominican Republic

The day starts at 10am at the National Assembly, during a joint Chamber of Deputies and the Senate session. President Danilo Medina will make his first speech since taking office on 16 August 2012.

At noon, the President will be attending a Te Deum Mass at the Cathedral Santa Maria in Zona Colonial.

At 1PM the President will be placing a wreath at the Altar de la Patria in Parque Independencia honoring our founding fathers Juan Pablo Duarte, Francisco del Rosario Sanchez and Ramon Matias Mella.

At 4PM is the military parade when all the armed forces and military personnel come out dressed in all their splendor and march down the Malecon (Avenida George Washington)in Santo Domingo. The crowds line the streets to watch. The Air force usually has some spectacular show. The ships of the Marines are in the sea. The Military bands play their music and march for the onlookers. 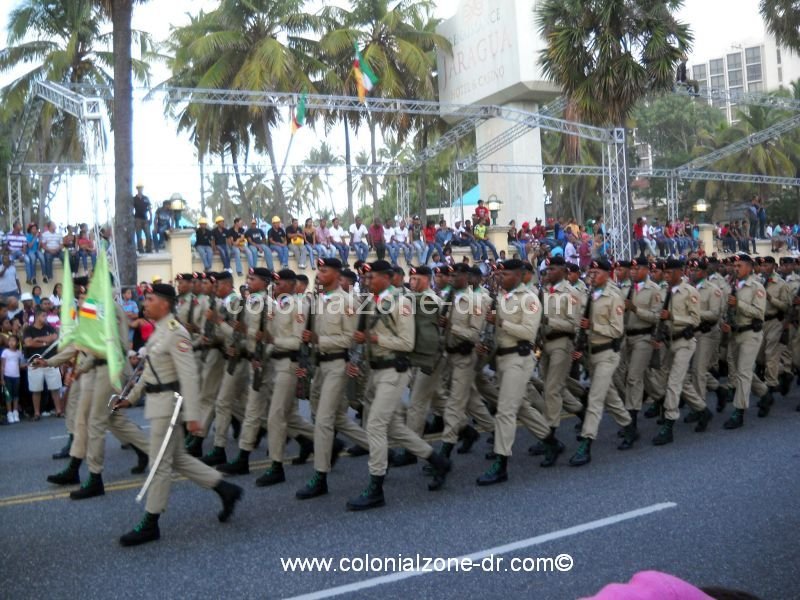