The National District City Council/ Ayuntamiento del Distrito Nacional (ADN) are planning on restoring the historical Cementerio Nacional on Avenida Independencia in Santo Domingo. This was the first cemetery in the city, opened on August 29, 1824 and closed in 1965. It was declared a Historical Heritage site in 1987. The government wants to be able to include the cemetery in the tourist route in the Zona Colonial but first it needs to be restored. 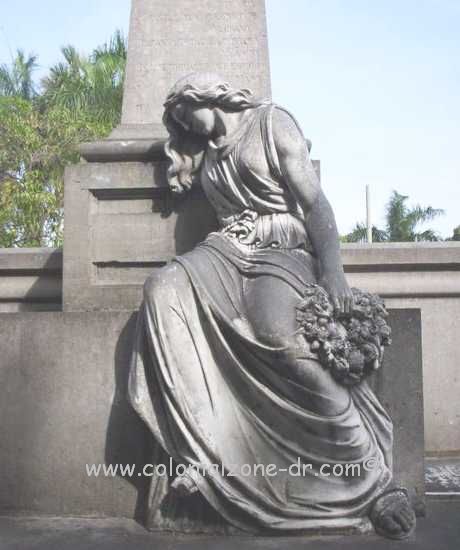 We have a picture slide show of the National Cemetery/ Cementerio Nacional on Avenida Independencia with pictures taken August 9, 2012.

The historic cemetery was built during the Haitian occupation, which lasted from 1822 to 1844. Interred there are the remains of poets and personalities of national life, fighters of the civil war of 1965, and some of the Dominican Presidents.

In a first stage the work will focus on restoring the historical value of the cemetery then make repairs while respecting the architectural value. Once the work is completed the cemetery will have security cameras and trees will be added making sure that the roots will not damage the graves in the future.

UPDATE: I was in the Cemetery on August 9, 2012. I wanted to check on the improvements that were done. I saw no changes at all. I wonder when they are planning on starting all this proposed work.

Read the article in Spanish at listindiario.com.do