Sergio Vargas will celebrate his 30 year career with a great show,30 Aniversario el Espectáculo, in the main hall of the Teatro Nacional, Sala Carlos Piantini, Santo Domingo. The shows will be for 2 days on Friday 14 and Saturday 15 September 2012. The celebration starts at 8:30PM. 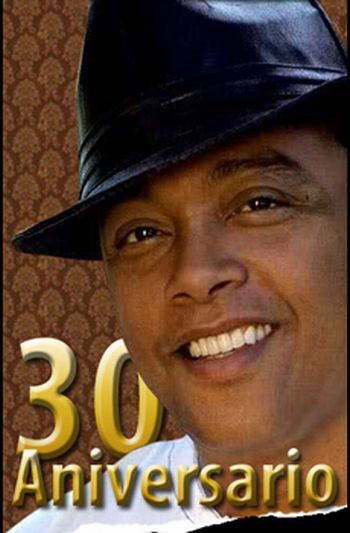 Sergio Vargas has been doing merengue for 30 years and is still going strong. His musical career started in 1982 when he sang for the group Equipo de Dionis Fernández. He always stated his love for his home town of Villa Altagracia this is where his nickname “El Negrito de Villa” came from.

Very rarely does Sergio perform for large audiences. He prefers smaller more intimate venues for his concerts and shows. His thirty year anniversary show will be or has already traveled to Venezuela, Puerto Rico, Colombia and Spain.

When the show was in New York they said it was great. There were many surprise guests that showed up to perform and show their love for this artist. elchismologo.blogspot.com

Produced by Guillermo Cordero, he wants to capture the essence of what has always been Sergio and let people enjoy a well-produced show.