The monument dedicated to Fray Antón de Montecinos sits at the entrance of the Rio Ozama, Ciudad Colonial, Santo Domingo. It is one of the first things people see entering the port of Santo Domingo.

The statue of Fray Antón de Montecinos was designed by Mexican sculptor Antonio Castellanos is almost 15 feet (15 meters) tall. It was donated to the Dominican people by the Mexican government when Lopez Portillo was president of Mexico and was originally inaugurated in 1982.

The monument was completely restored in 2012. The interior was cleaned and had some nice original artwork. The exterior was all cleaned and looked beautiful.

From a distance the monument looks beautiful. Close up is another story.

Entrance to the monument Montecino March 20, 2012

The grounds were nice and was a perfect place for dogs to run and play. It was a place to be proud of knowing that tourists and Dominicans both had a beautiful monument and nice quiet green Plaza to visit. 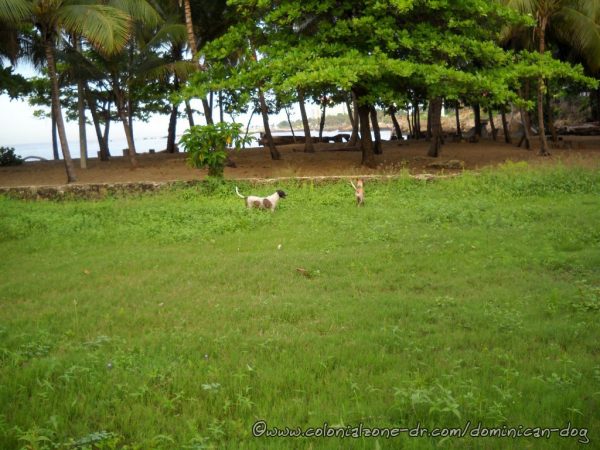 Then the people doing the renovation of the Colonial Zone decided to use the plaza to keep construction materials and dump the stone and other garbage that was removed from the streets for the Renovada Ciudad Colonial project. 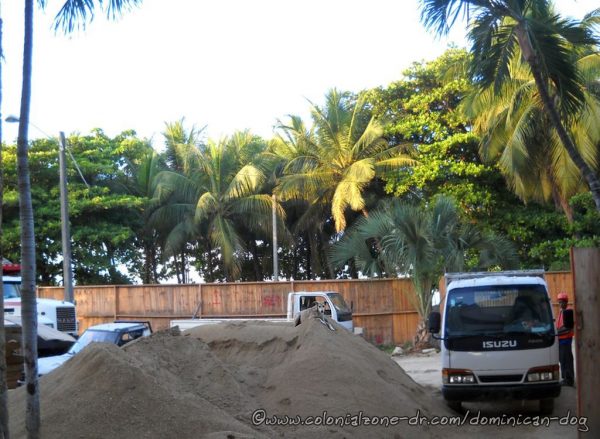 And now the beautiful green plaza is a garbage dump. There are slimy water puddles that are perfect breeding grounds for mosquitoes. There are paths between the piles of garbage. The perfect place for crimes to happen and people to hide. 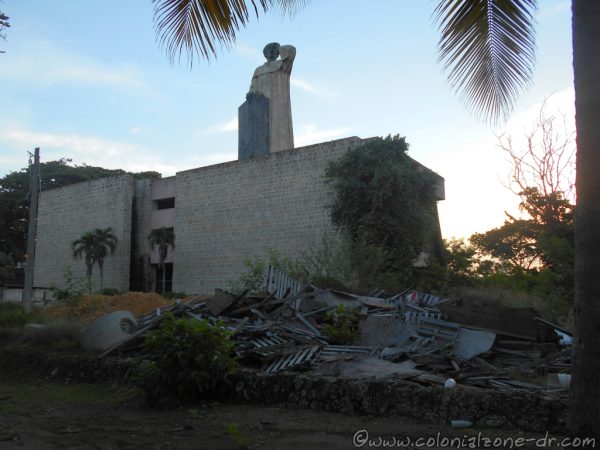 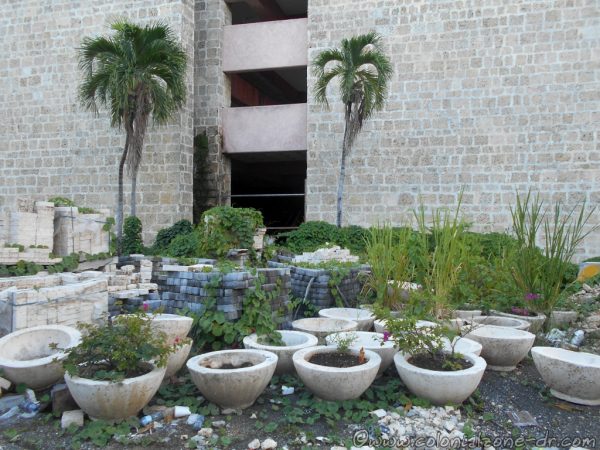 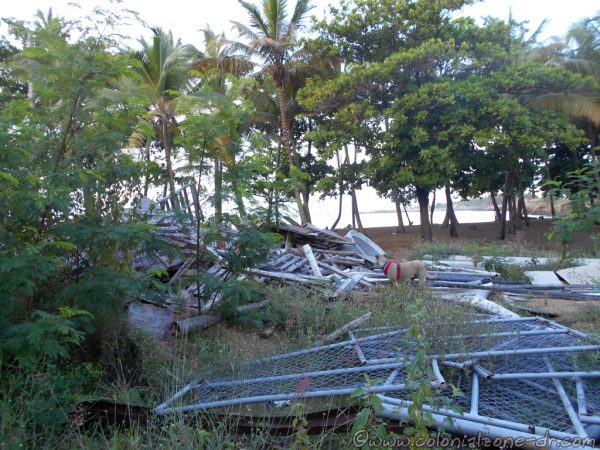 The back side of Plaza Montecino was also a nice green spot. 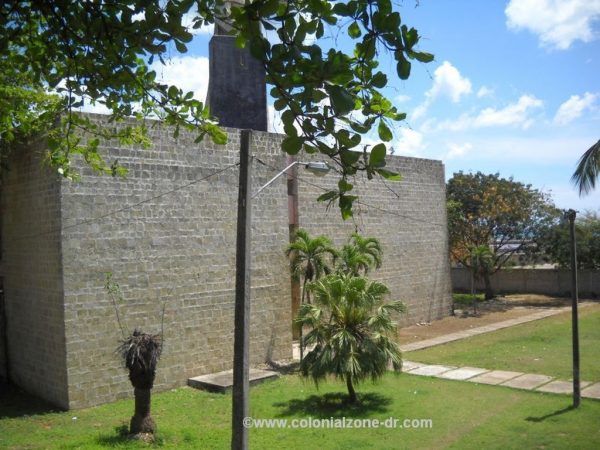 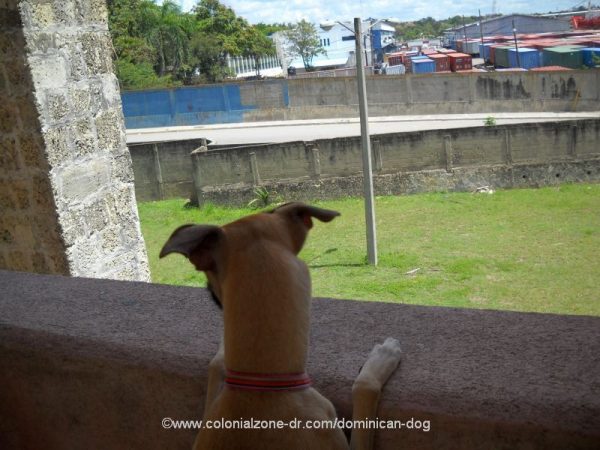 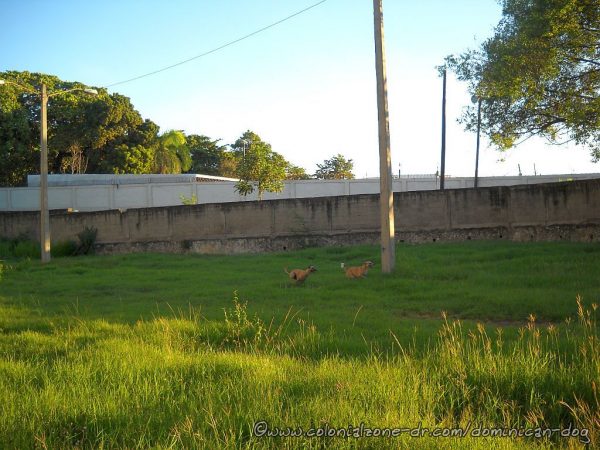 Now this beautiful Plaza is piled high with old bricks, stones, dirt and who knows what else in under all the trees and brush growing on the stone mounds. 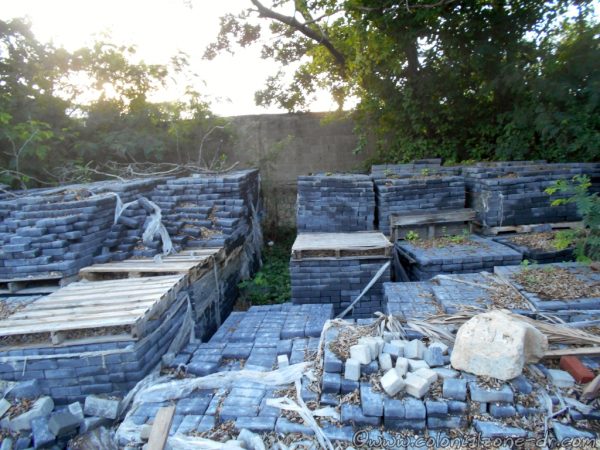 Storage for millions of pesos in building supplies July 31, 2016 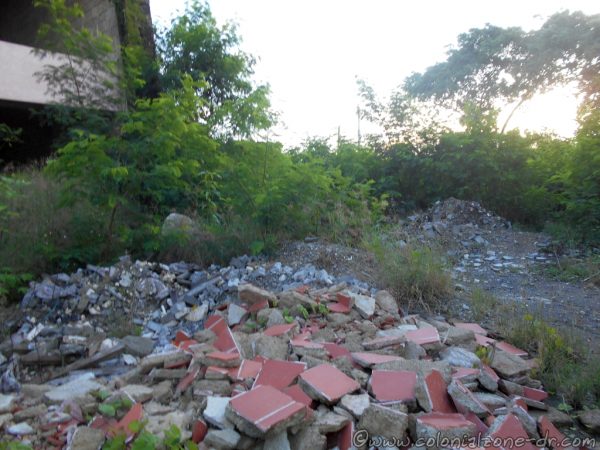 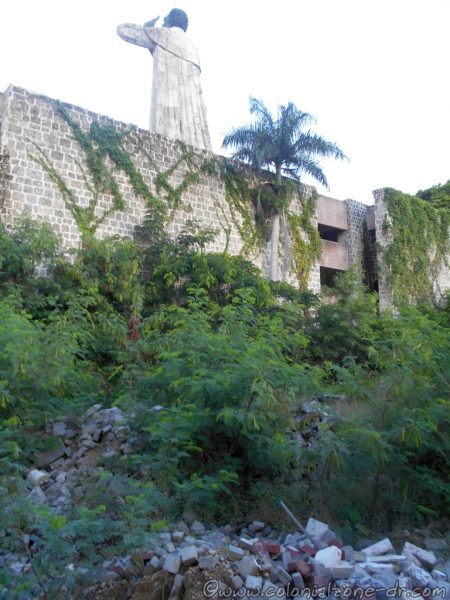 The limestone and concrete structure, designed by architect Pedro Ramírez Vásquez, was being compromised by a tree growing on the side of the building. We contacted the people in charge of the monuments of the Colonial Zone and advised them about a tree that was growing out of the wall of the monument. The roots were starting to break the wall. I sent them this picture July 21, 2013. 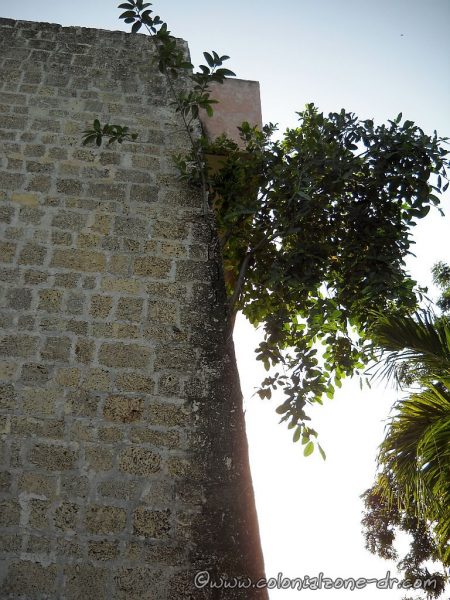 Again a few years later (May 3, 2015) I advised them that the wall was cracking and before the integrity of the structure was compromised they really needed to remove that tree. 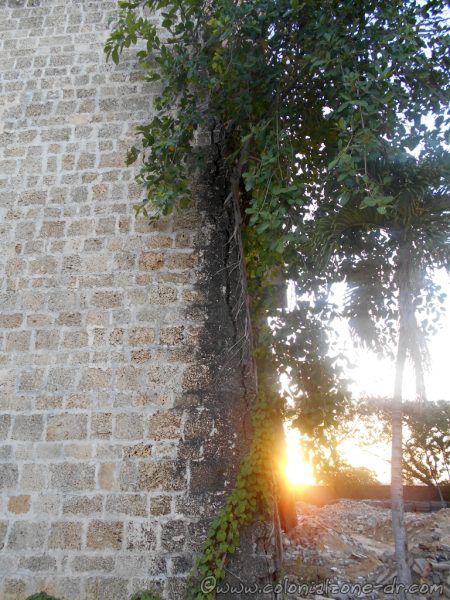 Today that tree is STILL growing covering the wall entirely. Am I the only person who cares? 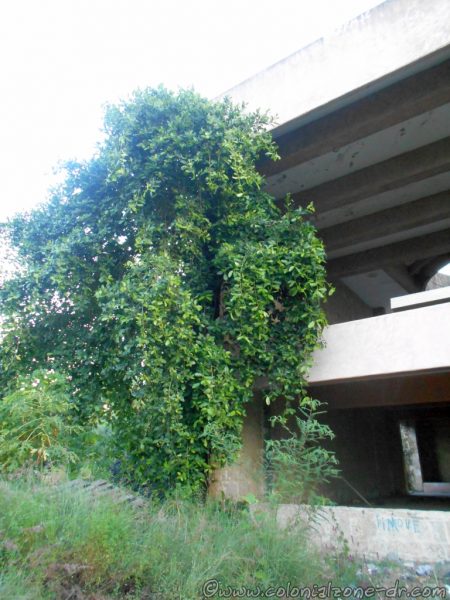 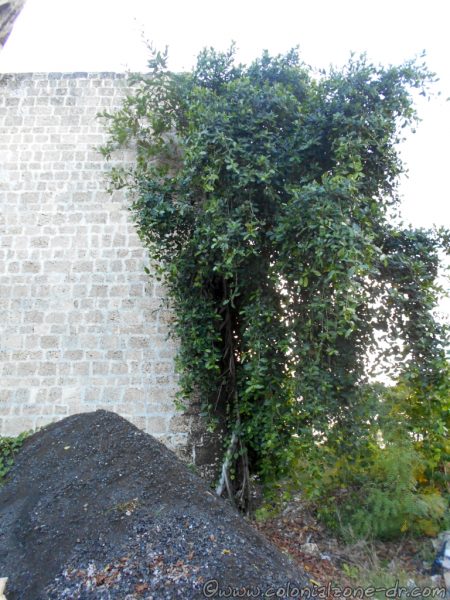 I am so sad and angry when I see what has happened to Plaza Montecino. All the money used to restore the monument in 2012 and 4 years later it is a disgrace. I heard stories that they are going to restore the monument. I have to ask Why? Isn’t it easier and less expensive to do maintenance after a place is restored instead of doing the restoration work and never paying attention to the project again? Four years after all the money was spent to restore and it is now a trash dump. A large tree breaking the wall that could have been cut away when it was just a seedling.

The monument has seen two murders happen inside that I know of, there probably have been more. It is dangerous to enter once again. There used to be guards now nothing. It is the perfect place for drugs and sex.

What kind of historical city are we? We renovate one part of the Colonial City and make it beautiful while destroying another part of our history. There are no words that can describe the sadness I feel when I see this happen.

Shame on you restoration workers for dishonoring our history and our city.

More history and information about the Monument and Plaza dedicated to Fray Antón de Montecinos.