Mother Teresa, known as the Saint of the Gutters, was declared a saint in a canonization Mass held by Pope Francis on Sunday in St. Peter’s Square in Vatican City on Sunday morning September 4, 2016.

Hundreds of people dressed in blue and white, many carrying flags other images of Mother Teresa, flocked to the Cathedral Metropolitana Santa María de la Encarnación Catedral de Santo Domingo, Primada de América, to join in the service honoring the newest saint in the Catholic Church. Most of the Catholic churches in the country held services at 4 in her honor. 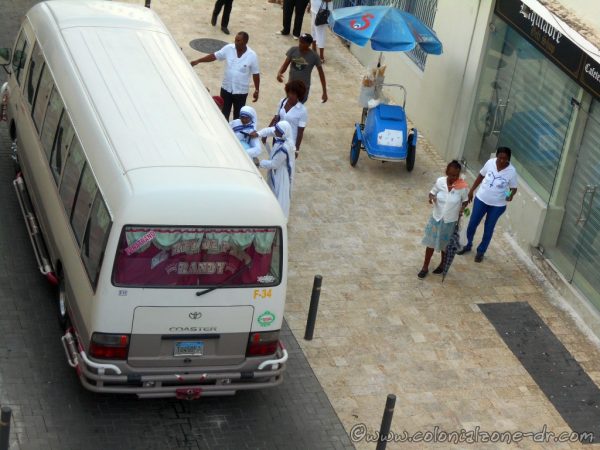 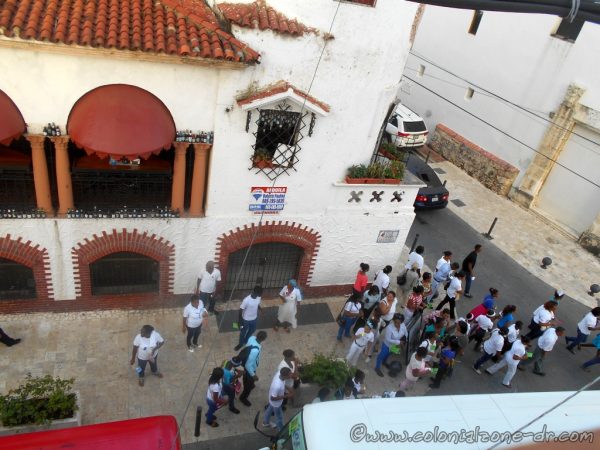 Dominicans dressed in blue and white holding pictures of Mother Teresa as they wait to return to their homes after the service. 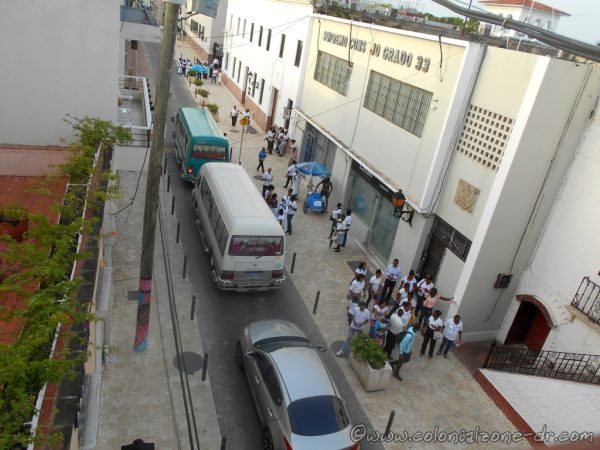 On July 5, 1982 Madre Teresa visited Dominican Republic. She stayed for over a week visiting many of the poorer sections of the country. She opened three foundations that are still in operation in the country and lead by the Congregation of the Daughters of Charity / Hijas de la Caridad she founded. She is very special to the country as she is one of the 2 persons canonized to visit DR. The other was John Paul II.