The French Alliance of Santo Domingo/ Alliance Française de Santo Domingo invites all amateur and professional musicians to participate in the biggest musical event in the world. There have more than 120 countries and 340 cities have celebrating The Festival of Music/ La Fiesta de la Música/ Fête de la Musique since the first edition in 1982 in France. This year in its 31 anniversary.

The Festival will be held in Zona Colonial Saturday June 23,2012. 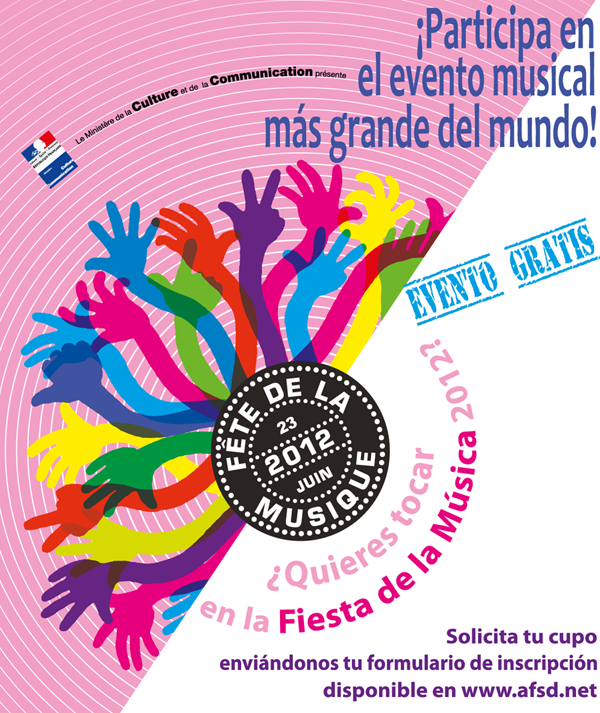 The 2012 Music Festival will be held in Santo Domingo on Saturday June 23 throughout the parks and streets of Colonial Zone. They supply schedules of the different musical and theatrical events. You just need to stroll the streets and see what is happening. It is a night out for all, young and not so young. There will be performances in the parks, museums, theaters and other unique spots throughout the old city. All performances are free to the public. You just might be surprised at the music genres and maybe you will discover something new and broaden your musical tastes.

After May 18, 2012 inscriptions are open. Anyone who wants to join the program for this event can sending an e-mail to the cultural department of the Alliance Française de Santo Domingo: cultura@afsd.net. You must include the registration form found on their web site (http://www.afsd.net). This is an event for all people young and old. It does not matter if you are professional or amateur. All types and styles of music is wanted, rock, orchestra, jazz, and more. If you want to preform send in the registration.