Mike Romero has lost his fight with a long illness. He was one of the most important and popular radio announcers of rock and pop radio in Dominican Republic in the early 80’s and 90’s. Romero was known for his radio DJ time at the Heavy Metal Station La X 102 with his program called Heavy Metal Mania gave his support and inspiration to help many of the local rock bands. He was a very important figure in contributing to the music industry of Dominican Republic. He was easily identifiable because of his unique voice. 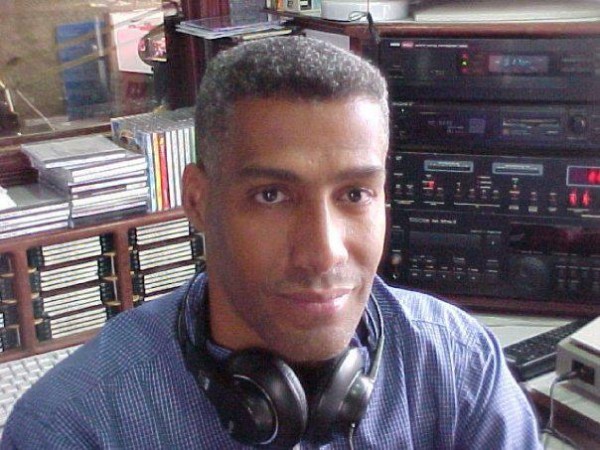 (Thank you Pedro for the picture)

Miguel in recent years worked for the radio station 91.7 FM “The Rocka”. He had to leave this station because of health issues. There were many concerts held by those who loved him to help with medical expenses. The last was called “Concierto Unidos por un Amigo” and it was held on April 4, 2012.

The funeral service will be on May 11, 2012 at the funeral home/ funeraria Savica on Av. Pasteur #103, Gazcue, front of the edificio de Telecentro. About 4pm today, , Miguel will have a Christian burial will be in the panteón del Círculo de Locutores, Cementerio Cristo Redentor.

This is an exerpt from the raidio program Heavy Metal recorded Tuesday July 22, 1986 from la X -102.