The 20th International Cap Cana Billfish Shootout at the Cap Cana Marina in Punta Cana. It is known as the Grand Prix of the Billfishing tournaments. This years tournament will be held from Thursday June 5 thru Tuesday June 10, 2014 to coincide with the USA holiday Memorial Day. 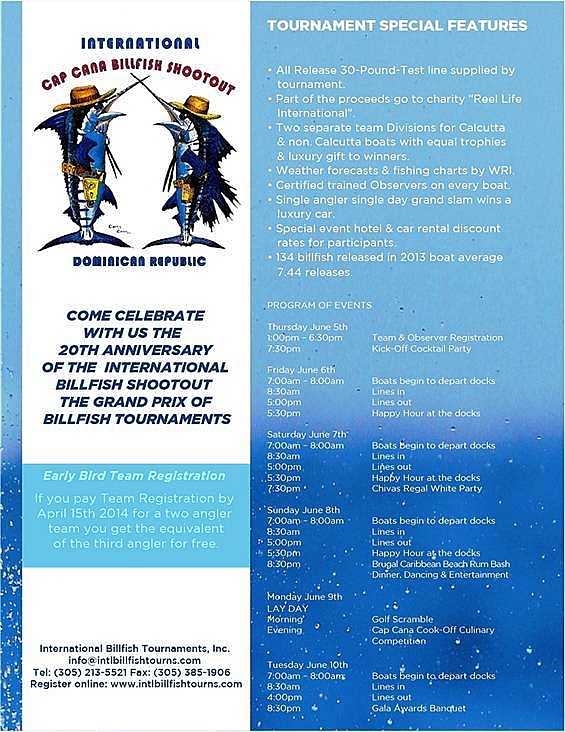 This is a catch and release event. In 2013 there were 134 Billfish released with an average of 7.44 releases per boat.

There will be both International and local fishermen participating in the event. There will be beach parties, daily Happy Hour at the docks, a Brugal Rum Caribbean Bash, a Chivas Regal White Party, a Golf Scramble, Cook-off Culinary Competition, Raffles and lots more.

More information and registry at: http://www.intlbillfishtourns.com/

Part of the proceeds go to the charity Real Life International

Search for and Rent Hotels and Resorts in Dominican Republic at Hotels Combined.com