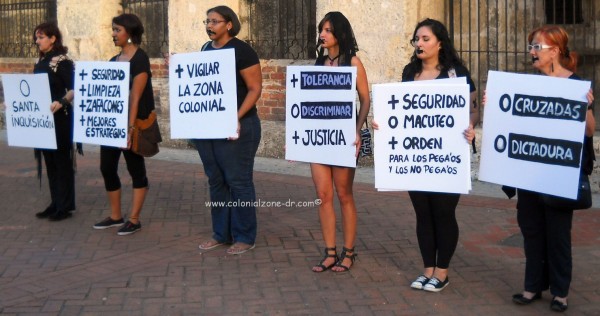 The ladies making a stand in Parque Colon

The call to protest and bring attention to the problems in the Colonial Zone was met on Sunday July 1, 2012. It was held in Parque Colon.

The ladies asking all who joined in to wear all black clothing.
To protest in total silence, peacefully.

The women will meet and demand attention be paid to the following items affecting our Colonial Zone, residents and visitors.

+ Security
+ Cleaning
+ Waste Containers
+ Plan and awareness strategies to those who live, trade and visit with respect to the order, cleanliness and behavior.
+ Protection of life.
+ Tolerance
ZERO Discrimination
ZERO Dictatorship
ZERO Crusades
ZERO Harassment in places of amusement that comply with the rules.
COLONIAL AREA IS FOR ALL! 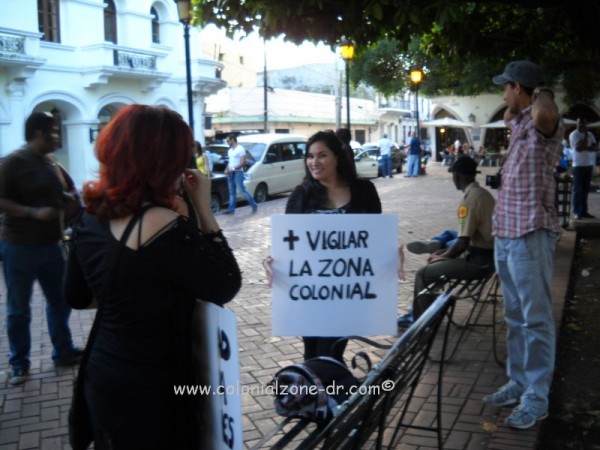 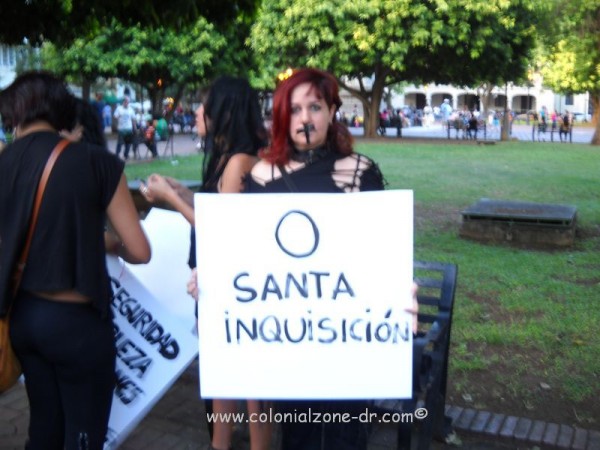 vigilancia en la zona for all

Those who were in the park noticed the silent ladies in black. The people attending the church service, including the Vice President and the Cardinal, were there to celebrate the Eucharist in the Cathedral noticed the ladies in black. The silent ladies in the park attracted much attention, just what they were striving for. They also attracted the attention of the media that were covering the event in the church.

It took guts for these women to make a stand for our Colonial City. Thank you ladies for doing what you did and hopefully all took notice. 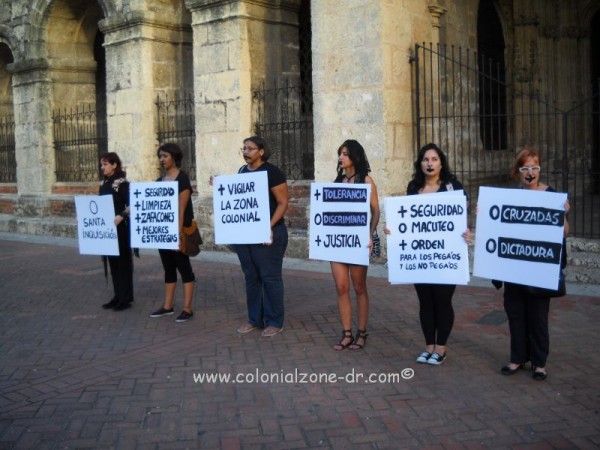 Vigilance in the Colonial Zone at Parque Colon

Some quotes taken from the Facebook page translated into English.

“Although our Vigil Zone coincided with the celebration of the seventh anniversary of the Pope and the vice-president of the Dominican Republic was in the Cathedral for this event. Police and security did not bother us at all and just looked at us as curiously as we filed past with our black crosses and our banners. Eventually, a police sergeant approached me and said: ”Congratulations for such a fine and organized protest.” Marielle Deluna

Teli, the Dominican Dog, was present to show her support. This is what someone wrote under her picture
“I LOVE IT! Both for you and for the dog, which is another reason why we fight!” 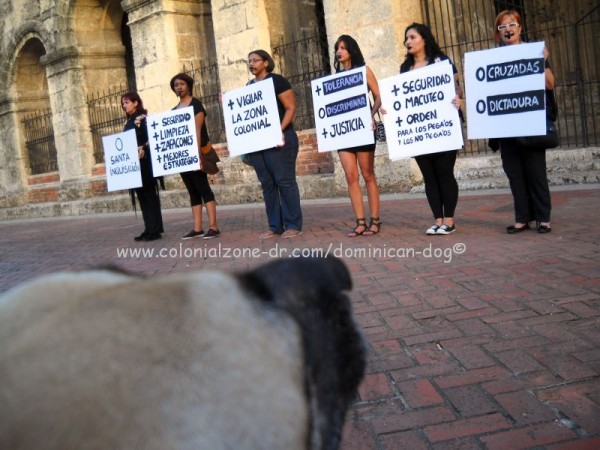 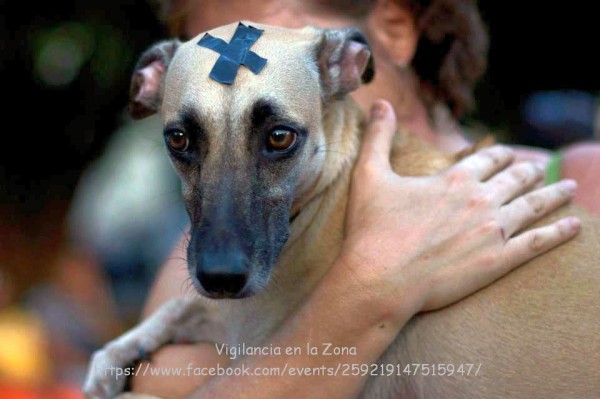 Vigilancia en la Zona-Inteliperra has her tape on too.

These are the local papers with a little about what happened in the Zone yesterday during the silent vigil.

Speaking after a Mass celebrated in the First Cathedral of America/ Catedral Primada de América for the seventh anniversary of the pontificate of Pope Benedict XVI the Cardinal Jesús López Rodríguez is saying how he thinks that the closing of the few bars that happened last week and vigilance will hopefully solve the noise problem. He got a bit angry when the reporters suggested that the church discriminated against the gay community.

During the Mass, several people who were outside waved signs alluding to other problems in the Colonial City to which the Cardinal said he did not care.