Romero Santos, the lead singer of the band Aventura, will be in concert in December. This is his solo performance. He has been wowing audiences with his artistry. His performances have a sexuality and showman ship that is Romero’s signature style. 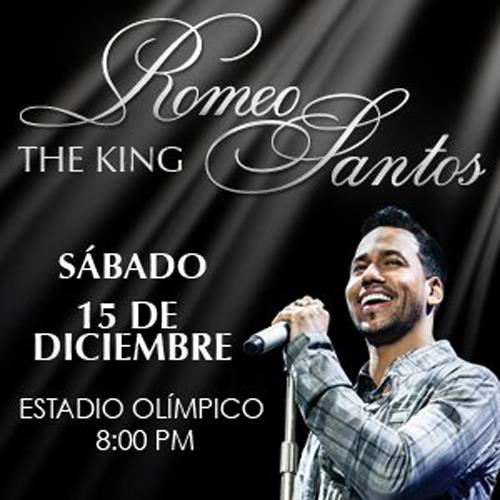 Romeo Santos will perform on Saturday December 15, 2012 at 10PM. He will be at the Olympic Stadium/ Estadio Olímpico, Santo Domingo, Dominican Republic. He will be performing songs from his new album “Fórmula 1”.

Concert ticket prices start at RD $800 to RD $3,000. You can buy tickets in Spring Center, the stores La Sirena and Super Pola. A presentation of SD Concerts.

Santos writes and composes his own music. His unique signature style is a mix of Bachata, Merengue, Rhythm & Blues and Ballads. He has also composed music for Wisin & Yandel, Thalía and Héctor “El Torito” Acosta and others.

His 2 shows in Argentina were to sell-out audiences.

Romeo was the artist with the most nominations for the 2012 Premios Juventud Awards!!