The training ship of the Spanish Armada / Armada Española “Juan Sebastián Elcano” has returned to Santo Domingo, Dominican Republic after staying away for 6 years. This historical ship is moored at the Port of Don Diego until April 28, 2014 when it sets sail for New York (USA). The ships last stop in The Americas, it is scheduled to arrive on May 11. After this the ship will be crossing the sea returning to the European continent. The ship is open to the public as follows.
Friday – 10AM to 1PM and and from 1:30PM to 2:30PM.
Saturday – 10AM to 1PM and from 1:30PM to 7PM
Sunday – 11AM to 1PM and 1:30PM to 7PM.

I took many pictures of the ship. Check out the slide show of Spanish Ship Juan Sebastian Elcano

This 113.1 meter (371feet) long, the third largest tall ship in the world, is a training ship. The Juan Sebastián de Elcano will be open to the public throughout the weekend so all can enjoy this impressive wooden ship. The ship is a four-mast topsail, steel-hulled schooner. It is named after the Spanish explorer Juan Sebastian Elcano, captain of Ferdinand Magellan’s last exploratory fleet. The Commanding Officer is Capitán Enrique Torres Piñeyro. The crew consists of 24 officers, 22 NCO’s, 139 Seamen and 5 Civilians. 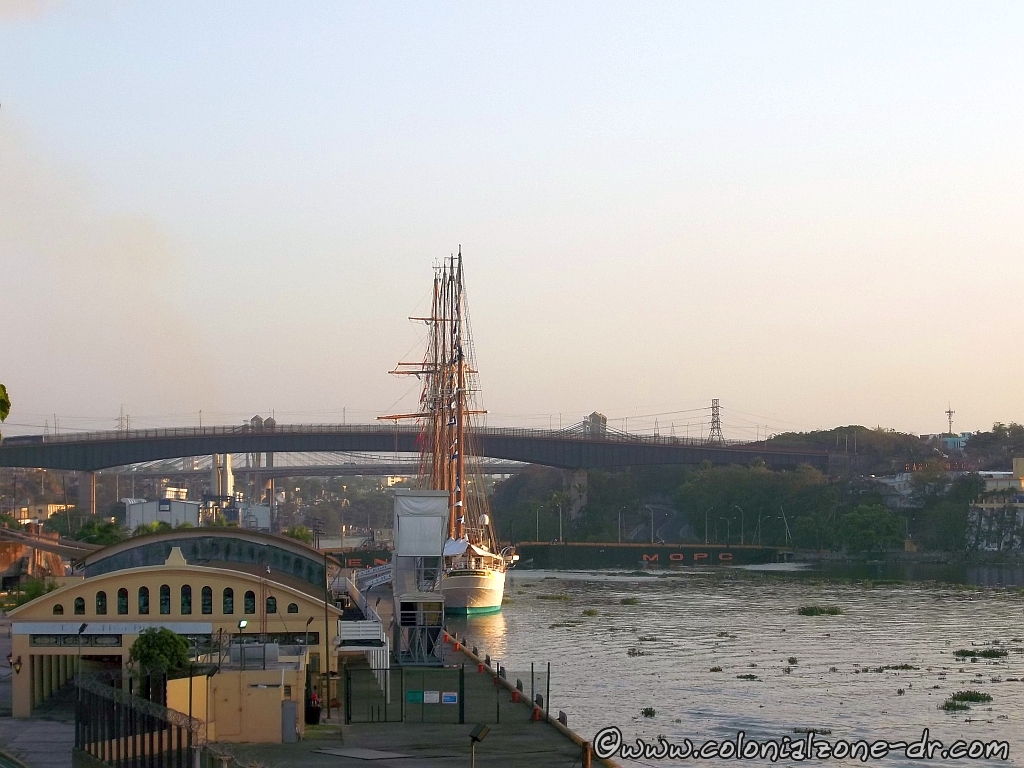