Festival del Merengue Santo Domingo 2011 time is upon us again. This is the 44th annual festival on the Malecon (Avenida George Washington)in Santo Domingo. July, 29, 30, and 31 is when all the fun and music happens. 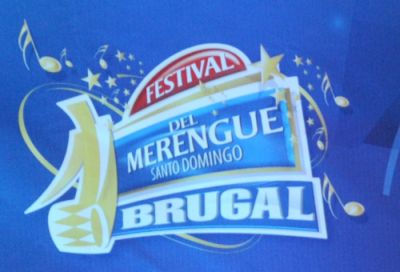 The Ministry of Tourism has announced that the 2011 Merengue Festival will be celebrated 29-31 July at Plaza Juan Barón on the Malecon in the capital, Santo Domingo. This year’s festival is dedicated to Francis Santana, El Songo, the legendary artist best known for his merengue, bolero and son music. Maestro Dioni Fernández and band leader Aníbal Bravo will also be acknowledged for the music they gave us in the 1980s.

This year the festival is promoted by Brugal Rum/ Ron Brugal and will have all the greats that Dominicans love. The MCs will be Domingo Bautista, Brenda Sánchez, Michael Miguel Holguín y Carolyne Aquino.

There is also chosen the best artist of the festival. Last year the winner was El Prodigio with his song “Luz de Luna”. The artist received a prize of 200 thousand pesos.

All the Major government agencies have joined forces to make sure everyone attending the festival is safe and can have fun without worries. The Fire Department, the National Police, the Tourist Police (POLITUR), the State Electrical Company (CDEEE), National District City Council, Ministry of Interior, Metropolitan Transit Authority Police (AMET) and the Civil Defense. All will ensure the safety of citizens, so there will be more light around the Malecon in Santo Domingo, and vigilance during the three day festival on Abraham Lincoln Avenue to the Plaza Juan Baron.

You can also watch all the fun and music on television on channel Digital 15 live if you do not want to deal with the crowds or are not in Dominican Republic.