This year the regular celebrations in Dominican Republic for Independence Day could be overshadowed by the youth protests “El Trabucazo 2020”. 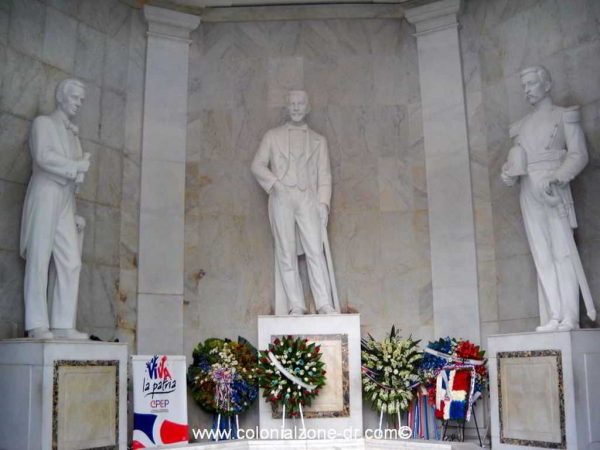 Independence Day is usually celebrated the same every year. The president places wreaths on the Altar of the Nation / Altar de la Patria at Parque Independencia. Then they travel to the Cathedral Metropolitana Santa María de la Encarnación in the Colonial Zone for a mass. They then continue on to the Presidential Palace for the state of the nation address. Usually around 3PM, is the Military Parade on Malecón in Santo Domingo. (pictures of the Desfile Militar 2012 and The Military Parade 2008)

This is a picture of Plaza de la Bandera on February 27, 2020. A crowd of around 100,000 people gathered to raise their voices. It is extimated that throughout the day more than 500,000 people showed up to support the protest in favor of democracy. 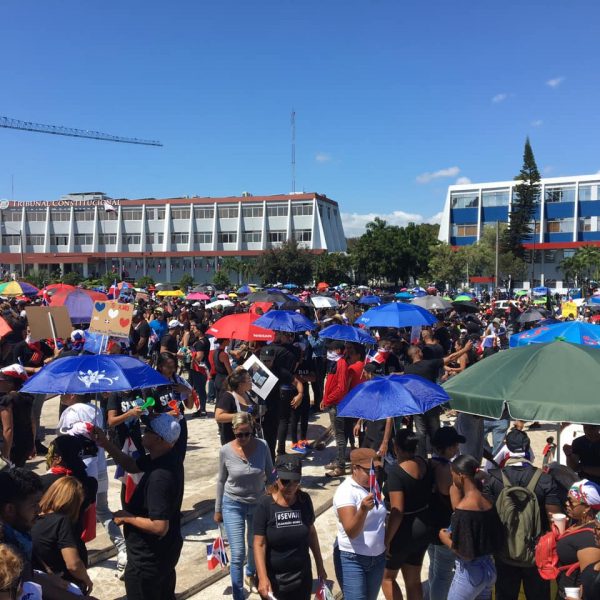 This year the parade could be second to the young peoples’ protest “Concentración por la Democracia Trabucazo 2020” that started on February 16 and will continue until??. The people are demanding freedom and justice for all Dominicans. The protest in Santo Domingo starts at 9AM on Avenida 27 de Febrero with Avenida Núñez de Cáceres and ends at the Plaza de la Bandera, in front of the Central Electoral Board (JCE). There are and will be protests throughout the Dominican Republic and in many parts of the world, including New York, where Dominicans live. 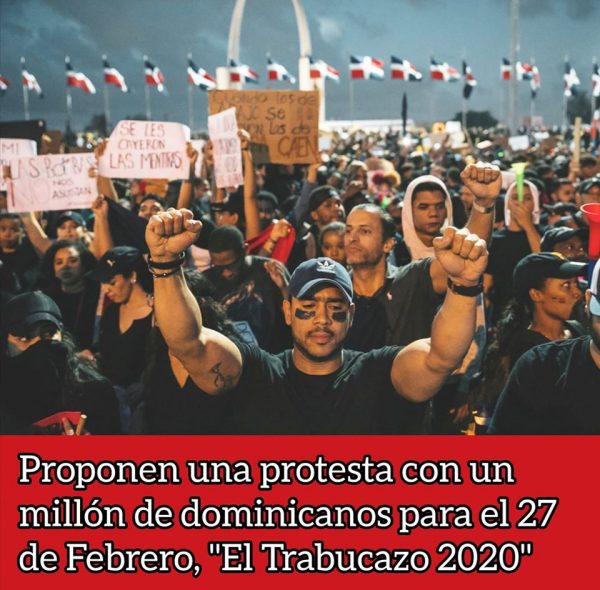 After the awakening of thousands of young people in different parts of the country, activists propose for the Independence Day a march of one million Dominicans entitled “El Trabucazo 2020”

All, both young and old, are protesting the atrocity of the municipal elections that were held on February 16 only to be canceled a few hours later. They want a clear explanation as to what happened and transparent and fair elections for the elections that will be held on March 15, 2020. 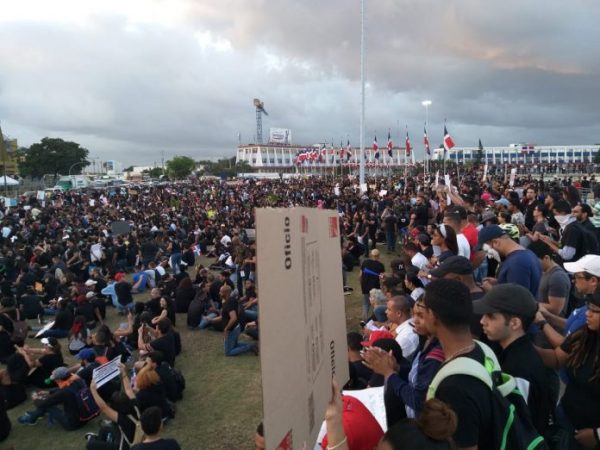 Protests in the Plaza de a Bandera

Joining in the protest in Santo Domingo is singer Juan Luis Guerra and Rita Indiana. El Torito, Hector Acosta will start the event by singing the national anthem. Also expected to perform in the demonstration are Pavel Núñez, Eddy Herrera, Vakero, Yiyo Sarante, Raymond Pozo and many others are part of the event named Trabucazo 2020.

A big part of this protest is the Pot-banging / Cacerola. Each day from 8 to 8:10 PM people all over the Dominican Republic join in, Cacerolazo, to make noise. If you do not want to bang a pot there is an app for that https://icacerola.cl/. Turn up the speakers and let the app bang a pot for you.

The hashtag on Social Media, if you want to do a search, is #sevan or #SeVan (se van – they go). For more information on Facebook, updates and videos of the protests visit Somos Pueblo RD at https://www.facebook.com/somospueblord/