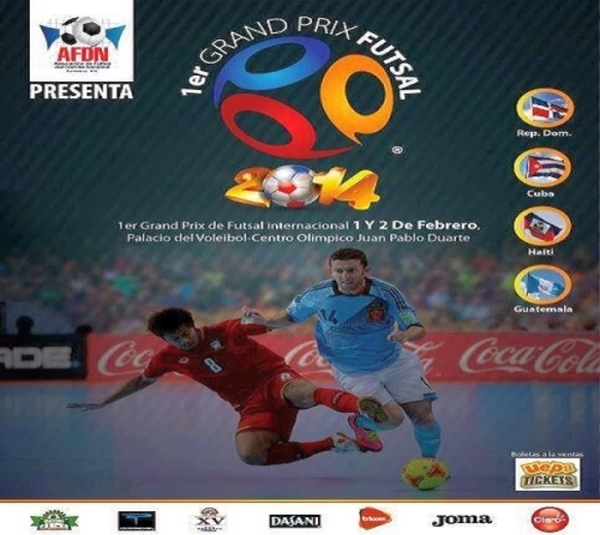 Futsal is a game that has been gaining popularity world wide. It is similar to Soccer, called Football in most countries, but it is played with smaller teams, only 5 players per team, and on a smaller field. The field is usually indoors and is a hard surface making it easier for teams to use Volleyball and Tennis courts that already exist. The fast-moving game uses a smaller ball with less bounce than a normal soccer ball.

The Grand Prix is sponsored by the Ministry of Sports and they are bringing teams from Guatemala, Haiti, Cuba to play our Dominican Republic teams. The games will be at the Futsal court at the Volleyball Pavilion of the Centro Olímpico Juan Pablo Duarte. Tickets available from UEPA Tickets, Supermercado Nacional and the Olympic Center.