The work on the roads in the Colonial Zone continue. Renovada Ciudad Colonial has the Zona Colonial area pretty torn up from Calle Isabel la Catolica to Arzibispo Meriño and most of the roads connecting the two. 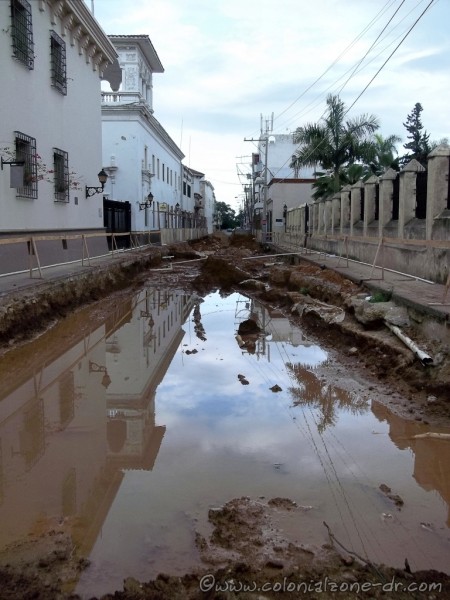 The sky reflecting in the water left from the rains that filled the street Isabel la Catolica during Renovada Ciudad Colonial project.

A few or the roads have opened but they still need a little work but at least cars can use them again. 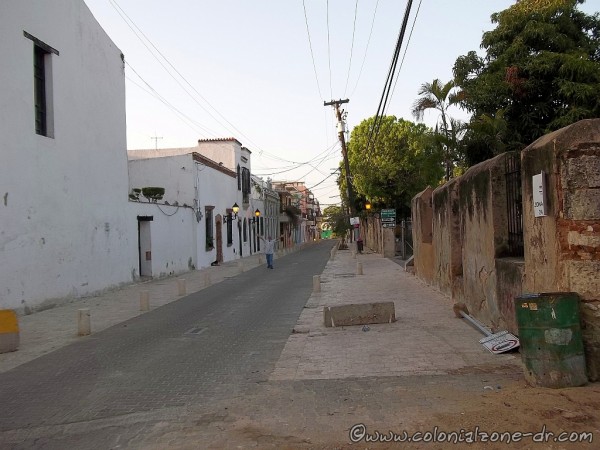 This is the newest map of the roads closed and the detour routes to take. “Etapa Actual de Obras” 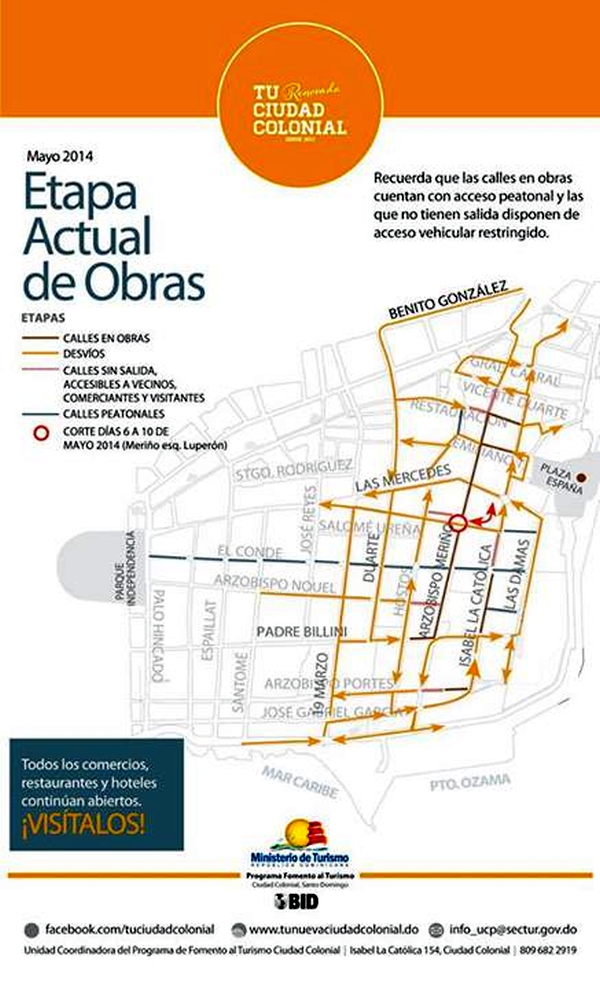 There was a newspaper article “Acelerarán trabajos en la zona colonial” “Will accelerate work on the Colonial Zone” stating that they brought another company in to help the original one working on the remodeling job. They say the work will be completed in 3 months. 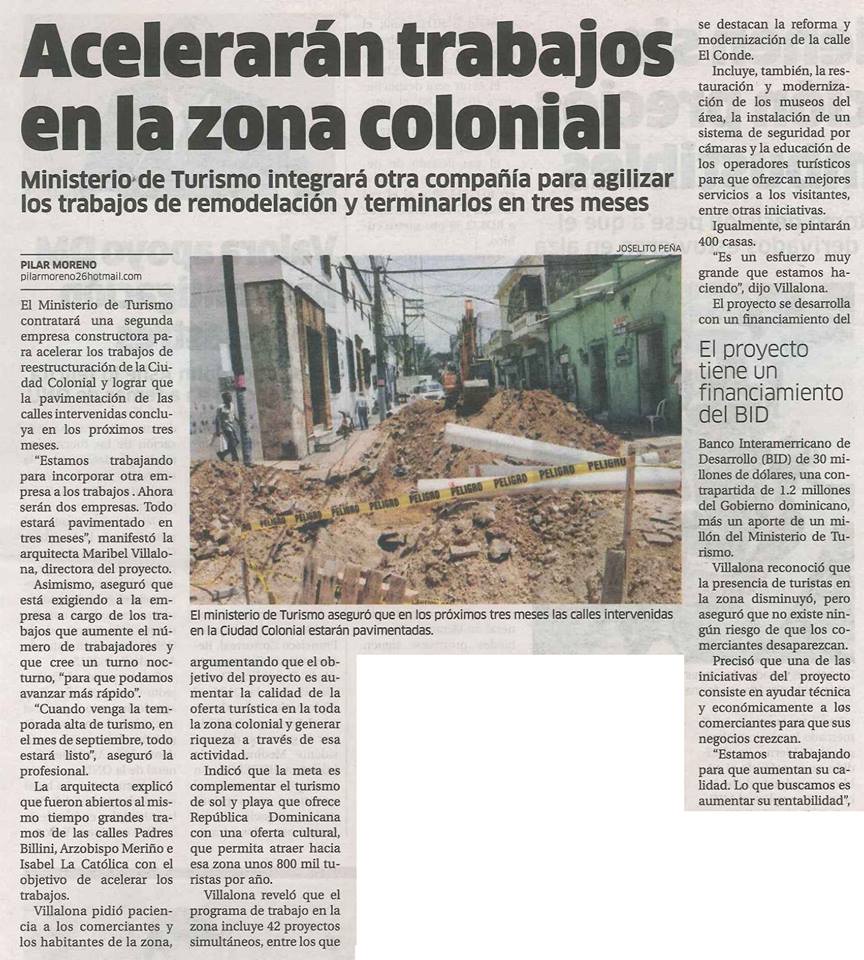 To see the progress in pictures check out the Picture collection of the Renovada Ciudad Colonial – Remodeling of the Zona Colonial. New pictures will be added from time to time to document the progress to our Colonial City.