Baseball mania is in full swing now. It is almost time for the Caribbean Baseball Series 2013! The play-offs in Dominican Republic are over. The teams playing were Las Águilas Ciabaeñas and Los Leones de Escogido to represent DR in the series.

Los Leones de Escogido won and are going to the Serie Caribe 2013! Lets hope they win again this year representing the DR.

The 2013 Caribbean Series will be held in Hermosillo, Sonora, Mexico from Friday February 1st (opening ceremony) to Thursday the 7th. The games will be played in the newly remolded and re-done stadium Hector Espino which is now known as the Estadio Sonora. It opened on December 23, 2012 just in time for the Serie Caribe. 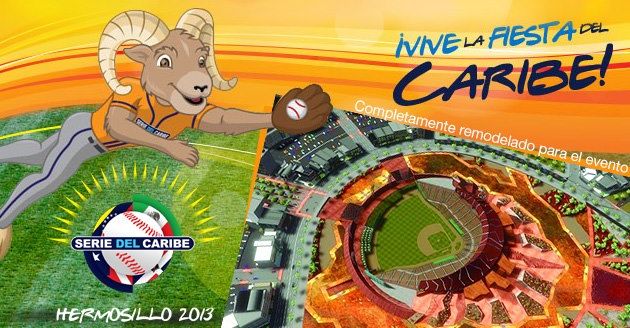 Out of the five countries invited to play in the 2013 series there will only be four competing as Cuba has opted out again this year. The countries participating are Puerto Rico, República Dominicana, Venezuela and México