The President, Danilo Medina, today presided over the ceremony held in the Colonial Zone where Colonel Rafael Tomás Fernández Domínguez was inducted Military Honors at the Altar de la Patria. Then, guarded by the Guardia de Honor, his remains were taken to the Panteón Nacional where he will be interred with the other national heroes.

National Army Colonel Rafael Tomás Fernández Domínguez was declared a national hero for being the lead manager of the Movimiento Constitucionalista that sought to return to power Juan Bosch when he was ousted in 1963.

*note – The procession to the National Pantheon passed by my window. The problem was my batteries ran out just as the remains of the Coronal was passing by and I had to change batteries and continue recording. Then I spliced the videos together. I tried to use the web camera but the internet connection was too slow. Problems, problems. 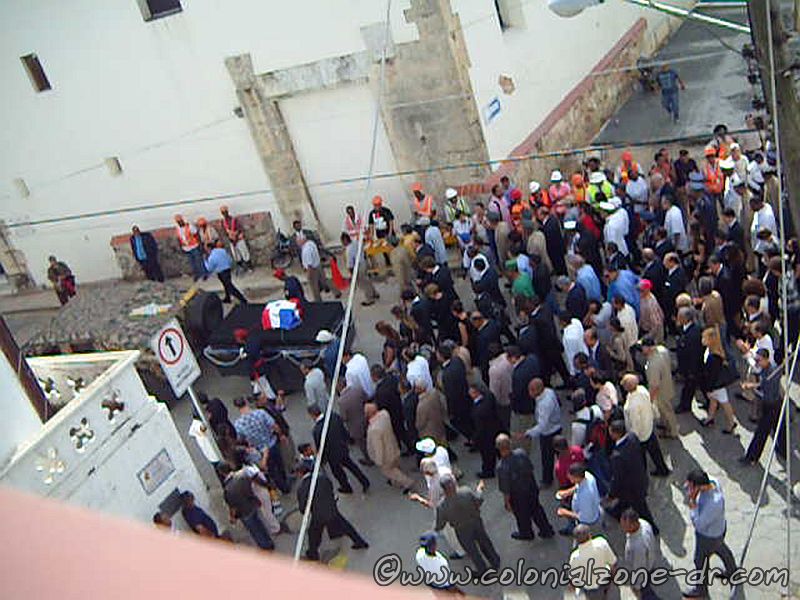 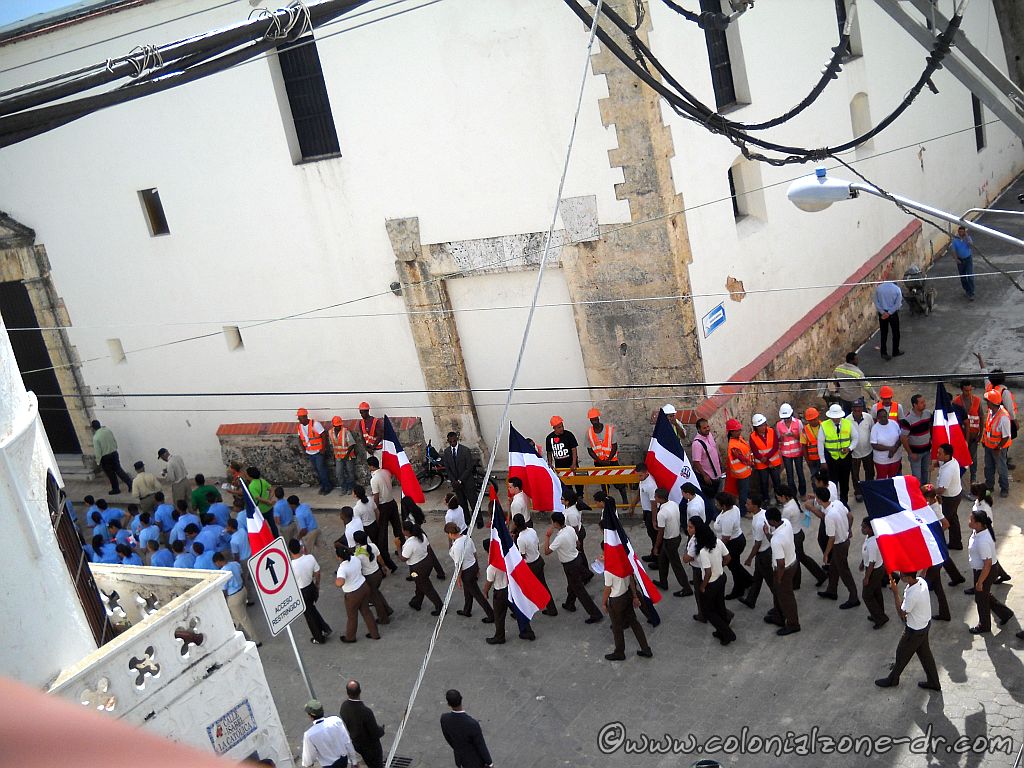 School Children in the procession