Sir Elton John will be making his only Latin America visit here in La Romana, Dominican Republic at the Altos de Chavon Amphitheater on Friday February 28, 2014! The concert will be held the day after Independence Day. What a treat. 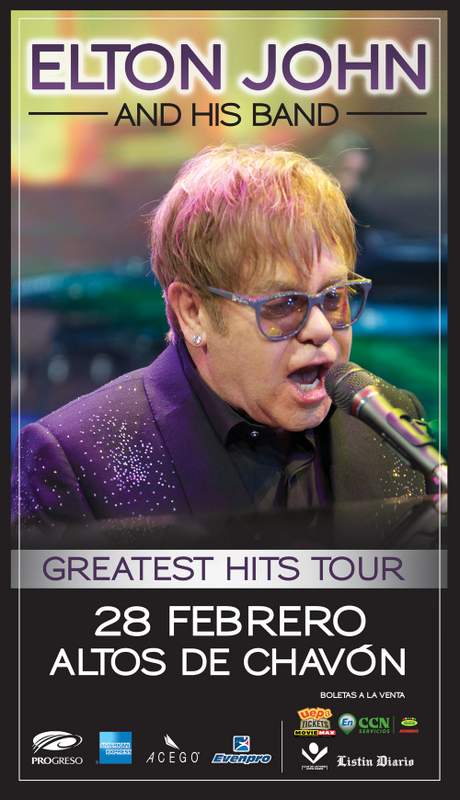 There is no need to explain who this legendary British pop star is so here is the outline of Sir Elton Hercules John accomplishments.
*35 gold albums
*25 platinum albums
*Sold more than 250 million records worldwide
*Holds the record for the biggest selling single of all time.
*Career began in 1969
*Played more than 3,500 concerts worldwide
plus so much more.
Get Elton John music at iTunes.

General admission is US$140 / RD$5,500 and up. Tickets can be purchased on line at Uepa Tickets, Movie Max Piantini and other locations.