Join in the fun and festivities during Carnival Dominicano 2020. It is an experience of amazing costumes, vibrant colors and music to dance to. A Dominican Tradition.

Carnival Parades and events around the Dominican Republic are held during the month of February and into March. Usually, events happen on Sundays.

This year there will be no Carnival celebrations on Sunday, 16 February because of Municipal Elections.

NOTE – Leave valuables at home. Watch your surroundings. In large crowds there are always bad humans looking to take advantage of unsuspecting spectators.

As I find more Carnival events I will add them to this page. 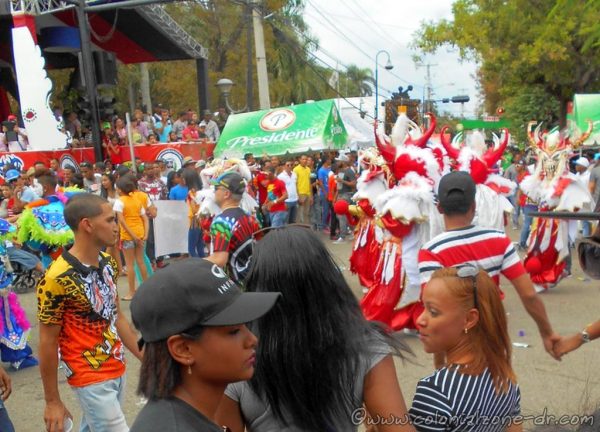 The crowds at Carnaval Vegano in La Vega, Dominican Republic.

The finale with the best of the best, The National Carnival Parade / Desfile Nacional del Carnaval will be held March 8, 2020 on Avenida George Washington, Santo Domingo. The parade usually starts around 3 PM but get there early for a good spot and to join in the fun. 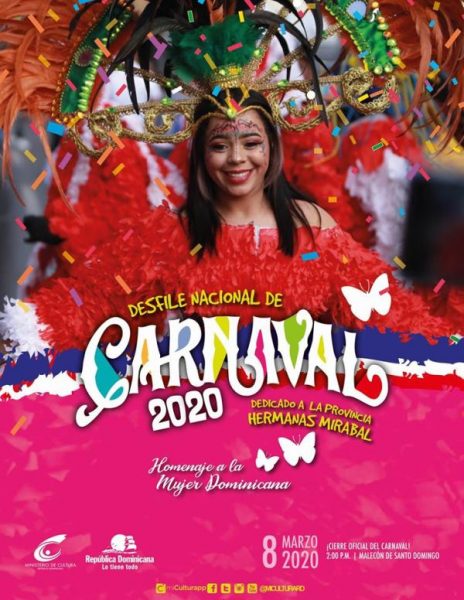 This year the parade is dedicated to the Province Hermanas Mirabal (Salcedo) since this is the date of the International Women’s Day / Día Internacional de la Mujer.

Carnaval Vegano will be in Av. Jose Horacio Rodríguez (Flamboyanes) and Av. Professor Juan Bosch, La Vega. There will be a fence on the main avenue, for those who do not want to have their bottoms wapped with the vejiga of the Diablos Cojuelos.

NOTE – Because of the Municipal Elections schedule La Vega Carnaval will not happen on Sunday, 16 February

Musical Line-Up – Merengue, Bachata and Urban Music starting at 3:30 pm. The artistic presentation stage is on Av. Pedro A. Rivera near the Duarte Highway.

You can watch from home on TV or online at
The carnival will be telecast on Microvision Canal 10, Luna TV in Santiago, Antena 7 in Santo Domingo. 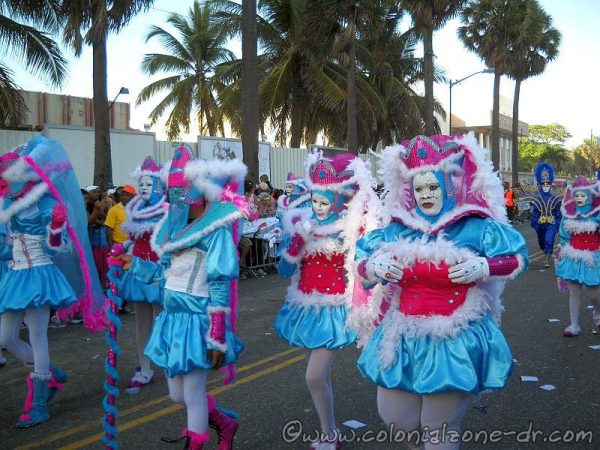 Punta Cana Carnival, in its 13th year, is said to be one of the best in the Dominican Republic with only the best Carnaval Groups invited. The carnival groups from Punta Cana include Las Musas de Punta Cana, Los Tres Caras and Puntacana International School.

Friday, February 7 starting at 6 PM will be their local groups parading. The evening concert is Los Ilegales

Saturday 8, 2020 starting at 3:30 PM is the grand parade. There will be 20 Dominican and international carnival groups and floats. The evening concert will be Milly Quezada.

The 4th edition of the Santo Domingo East Carnival on Av. España will include more than 50 dance and performing groups. Groups are from East Santo Domingo, Monte Plata, San Pedro de Macoris several of the surrounding provinces will participate in this colorful carnival celebration. Urban music stars Mozart El Para and Ala Jaza will be performing.

Celebrating 30 years of Carnival Bonao, with their well-known Carnaval characters Trapuses and Lechones will be held on every Sunday ending on March 8, 2020 in Parque Duarte starting around 3PM. NOTE – There will be no Carnival on February 16 because of elections. 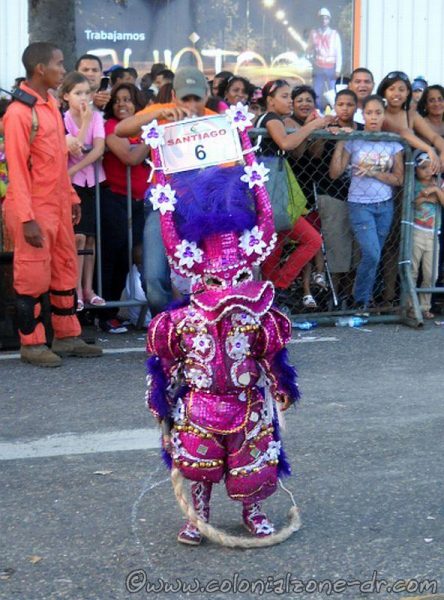 Carnaval will be on Avs. Las Carreras, Francia and Calles Daniel Espinal and Del Solthe ending up at the Monument. This carnival is known for the famous whip-cracking Los Lechones and costumed characters represent political and cultural figures.

Carnaval is held on the Malecón in front of the Playa Long Beach. This year carnival is dedicated to the folklorist and educator Vilma Ricardo Santos (Tía Vilma).

Events with a Carnival theme happening around the Dominican Republic

The streets of the Zona Colonial will be filled with culture, talent and music when the Carnival cones to the Zona. This special carnival focuses on the history and culture heritage and customs of the country. The governor Nicolás de Ovando, el Virrey María de Toledo y el Virrey Diego Colón will be accompanied by their court. The parade will start on Calle Las Damas e at Las Mercedes, Continuing to Arzobispo Portes, Sánchez, El Conde and ending in Parque Colón where there will be many festivities and the crowning of the Reyes del Carnaval, Desireé Cepeda and Freddy Ginebra. 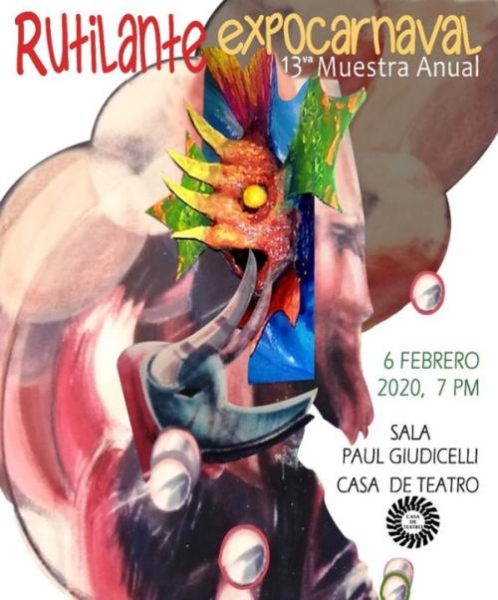 Inauguration of the 13th Annual “Rutilante” Expo. At the Casa De Teatro February 7, 2020 at 7 pm. The exposition continues until ?

The conference and show will be held at the Centro Cultural de España Santo Domingo in the Colonial Zone on Arz. Meriño. 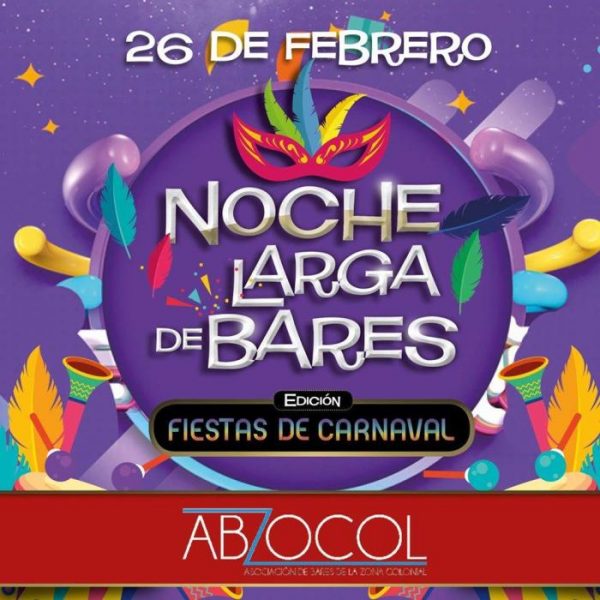 The Association of Bars of the Colonial Zone (Abzocol) presents Long Night of Bars – Carnival Festivities Edition. More than ten participating bars and restaurants in the Colonial Zone will have special activities and surprises. You can enjoy the atmosphere, offers, troupes, live music, DJs and karaoke from 10PM until 4AM. The event is plastic and foam-free.