Stand up comedian Carlos Sánchez, known as El Rey del Stand Up Comedy/ The King of Stand Up Comedy, will be celebrating his 10th Anniversary of Humor / 10 Años de Humor Aniversario on Saturday April 13, 2013 at the Teatro Nacional in Santo Domingo at 8:30PM. 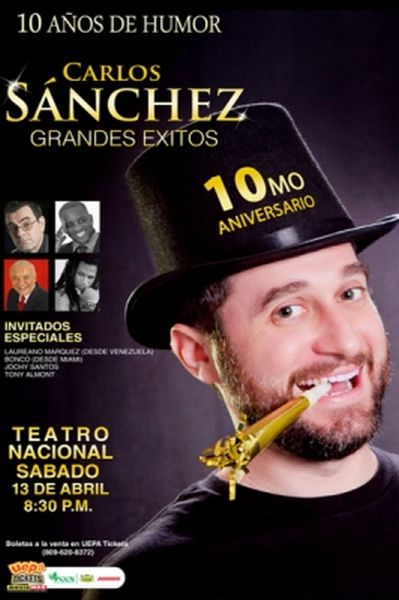 Special guests include Boncó (from Cuba),Laureano Márquez (from Venezuela) and Dominicans Jochy Santos and Tony Almont.

Tickets prices start at RD$900 and can be purchased at Uepa Tickets, Movie Max, Jumbo, Supermercados Nacional and the National Theater Ticket office.