The 3rd edition of “Velas Latinoamérica 2018” / “Candles Latin America 2018” are here and in Port Santo Domingo.

The beautiful training ships from all over Latin America participating in Velas Latinoamérica 2018 arrived in port on August 8, 2018. These sailing ships are moored at the terminal Don Diego on Rio Ozama until August 13. The public is welcome to visit and speak with the crew. Visiting hours are from 9 AM to 6 PM daily.

Panorama of the ships in port Don Diego, Santo Domingo, for Velas Latinoamérica 2018.

There is a total of more than 1,500 men and women, who will sail about 12,000 nautical miles (about 19,312 kilometers). These ships will dock in different parts of South America and the Caribbean where different activities will be held. 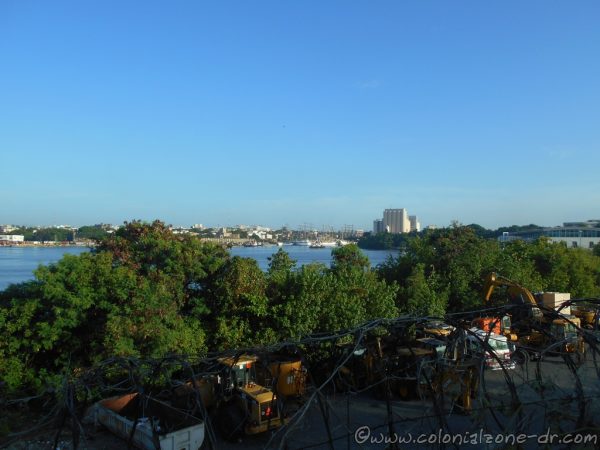 Ships in port Don Diego, Santo Domingo, for Velas Latinoamérica 2018 as seen from a distance.

The coordinator of the event in Santo Domingo is Captain Beni Bautista. He hopes that both Dominicans and tourists have the opportunity to visit the ships and share with their different crews. The Captain says “Que aprendan de la cultura marinera y que vean cómo se navegaba en la antigüedad, visitando nuestros buques” (translated – That they learn of the marine culture and that they see ships were navigated and sailed in ancient times, when visiting our ships).

Visiting hours – 9 AM to 6 PM daily while the ships are in port.