This is my opinion and many of my neighbors in Cuidad Colonial opinions also. This is my rant.

I have spoken to the Junto de Vecinos, Neighborhood Groups and also the head of the police here. I have spoken to neighbors and visitors in the Colonial Zone. There are so many wrecks here. Something needs to be done.

There are people crossing the streets. There are school children going to and from school. It is dangerous at each and every interception in this oldest city in the Americas. Even standing waiting to cross the street you are not safe as cars wreck and hit into buildings and if you are at the wrong place at the wrong time..too bad for you.

They made the Coral Highway to bring more tourists to the Zone but what about the safety of the people. A few years ago whoever is in charge made an announcement that they would be closing off a few of the streets in the area to be pedestrian only. I disagreed with this. But, as usual, it never happened and it was never brought up again.

My opinion, we need POLICIA ACOSTADO on each and every street intersection and where people cross often including every crossing of Calle el Conde. Policia Acostado are road bumps, rompevelocidades, speed bumps, judder bars. Whatever one calls them we need them. Stop signs do not work. Stop lights will not work in the Colonial Area. A speed bump would make people go slow. Instead of taking 7 minutes to drive up Isabel la Catolíca it would take 20 minutes. Maybe people will not pass through the Zone to get to their destination if it takes forever to cross each street intersection. Maybe people will stop or at least slow down and there will be less accidents. Maybe..just maybe.

There was a crash this morning at 7:30 in front of my apartment..again. It is a school zone. Children are walking here at this hour. A woman taking her 2 children to school was turning onto Padre Billini and a truck plowed through going really fast. He pushed her into a cement utility pole, at least 15 paces of my size 9 feet from the intersection. She was on the sidewalk. What if there were children walking there at that time? I am usually out with my dog at that time walking through this intersection on this sidewalk. What if we were there? There are always people on that corner. Thank God noone was there at impact time. 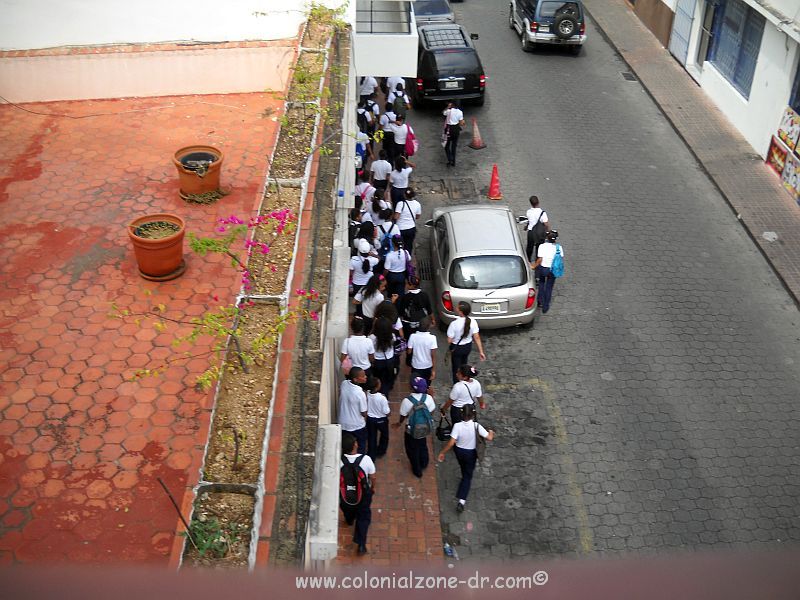 Who in their right minds would travel that fast on the narrow roads of the Colonial Zone? Do people thing they are invincible when they get behind the wheel of a car?

Here is a picture from afar of the crash today. 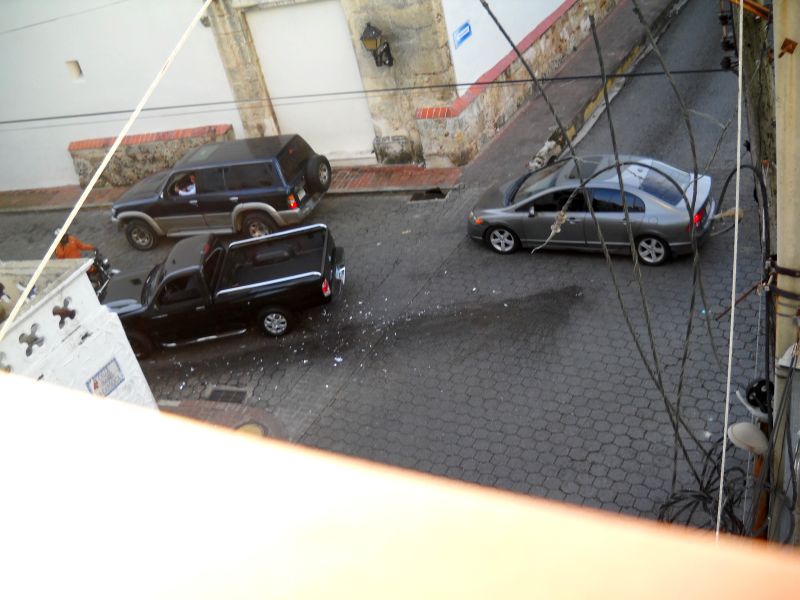 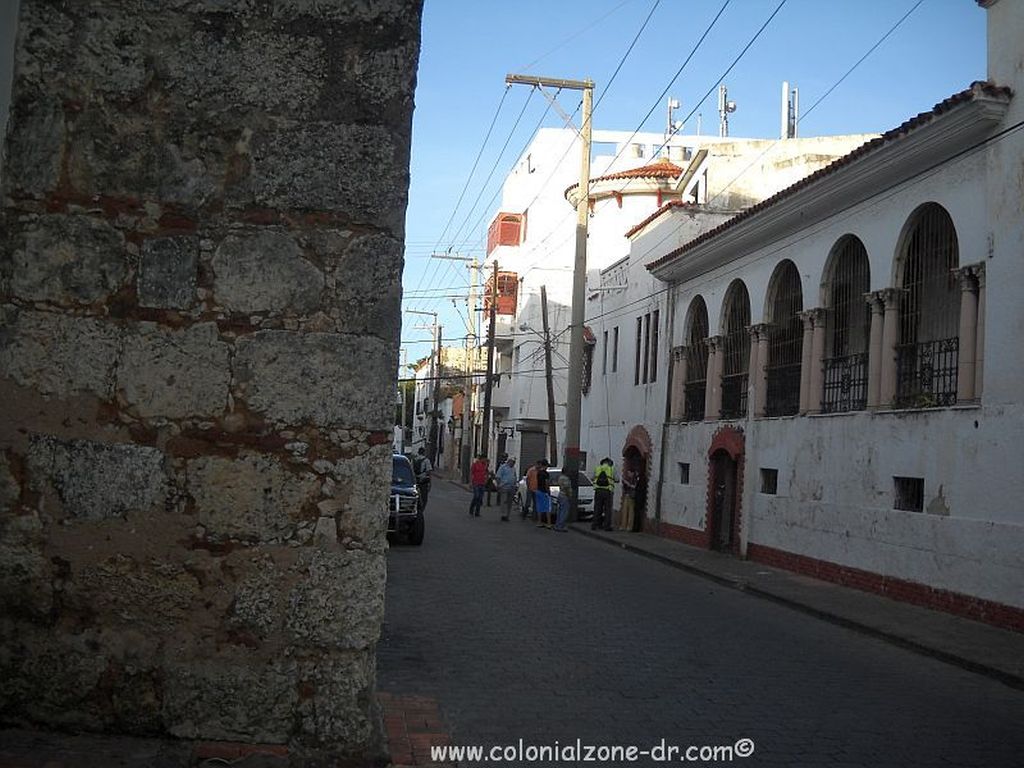 Here a few other pictures of wrecks I have taken out of my window in the past. 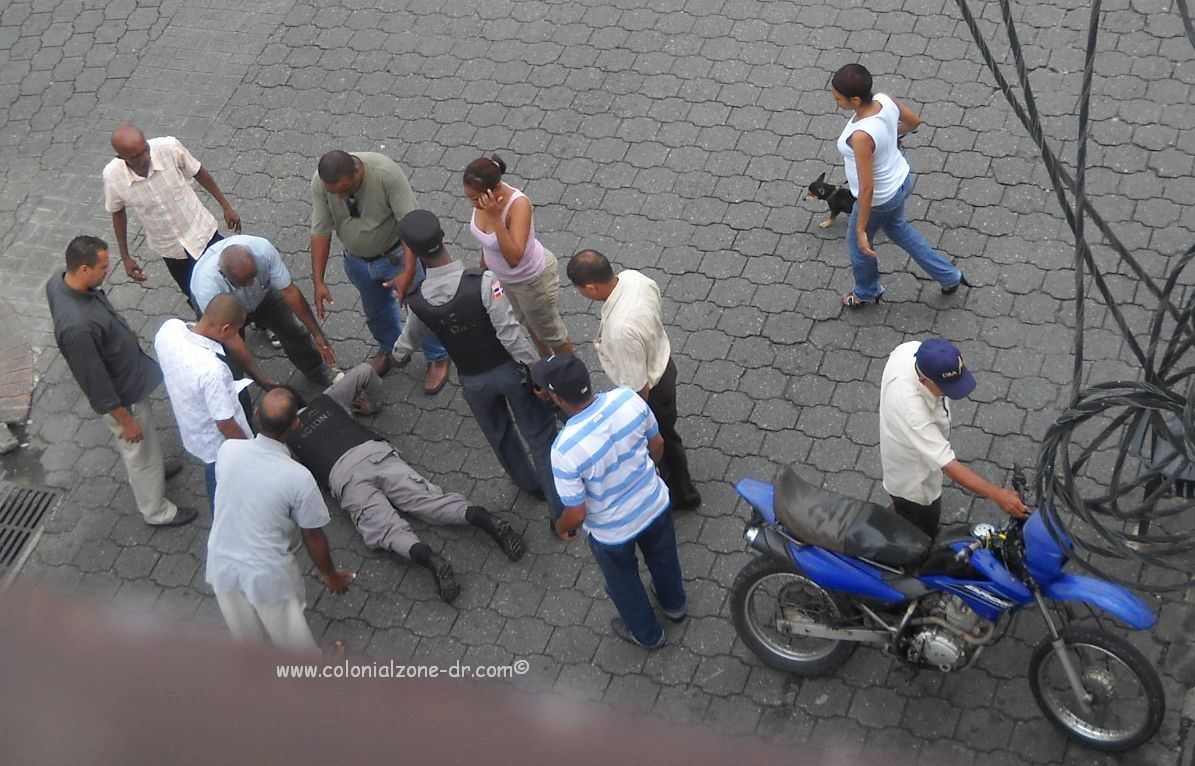 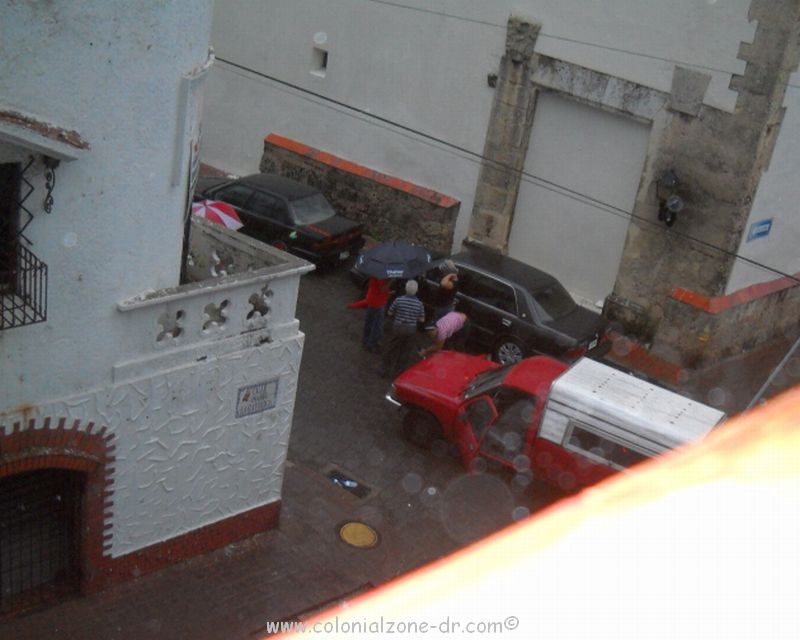 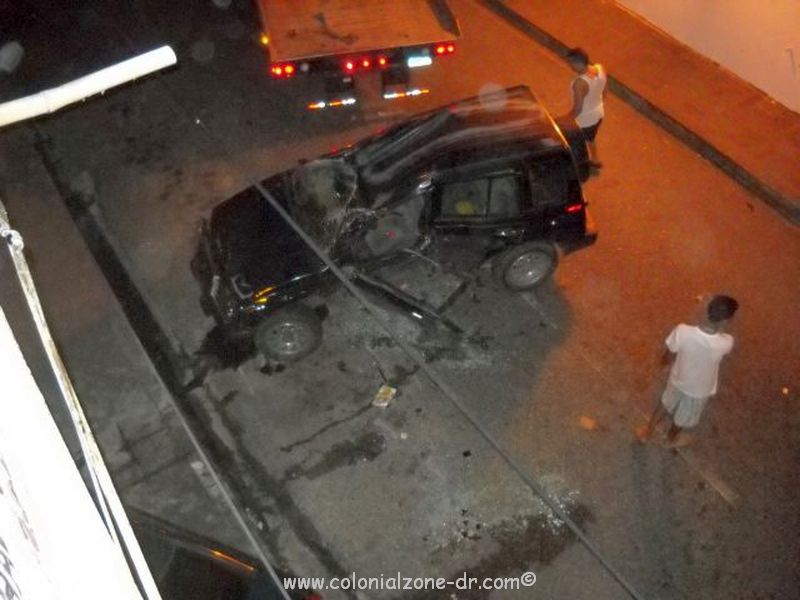 This wreck above people went to the hospital. The black truck was on its roof. The car smashed into the building.

I ask again, who in their right minds would travel that fast on the narrow roads of the Colonial Zone?

Another thing I saw today was an older man walking through the intersection checking out the wreck not looking when he crossed the street. A police van was coming through and the walker threw his hand out and it hit the van as it passed. The truck did not stop or slow down and was not planning to stop or slow down. Good thing the walker stopped in the nick of time, he should have looked before crossing but the van should have stopped as well. What if it was a child and the police truck did not stop and the child was not paying attention? Thank goodness all was ok.

A good thing…They finally repaired the lights on Isabel la Catolica between Padre Billini and Jose Gabriel Garcia. The street was lit up for the first time in over a year last night. Thank you to whoever repaired the lights. Now maybe the sidewalks and some speed bumps could be next?