Update – I made a picture album with all the restoration pictures I have and will take in the Colonial Zone fixing-up process. Renovada Ciudad Colonial. New pictures will be added often to show the process throughout the years.

Plaza Pellerano Castro named after the poet Arturo Bautista Pellerano Castro. This quiet park is better known as Parque Rosado because of its pink color. They are restoring this park, replacing and repairing the pillars on the wall, replacing the old broken bricks. I cannot wait to see all they do to repair it. I hope they do a complete job even replacing the dead tree in the center of the park.

I will post picture updates to show the progress. The repairs started around July 25, 2013.

Many of the pictures have my dog Teli, The Dominican Dog, and her friend Bertha in them. They will be checking things out and will be helping me to document the progress. 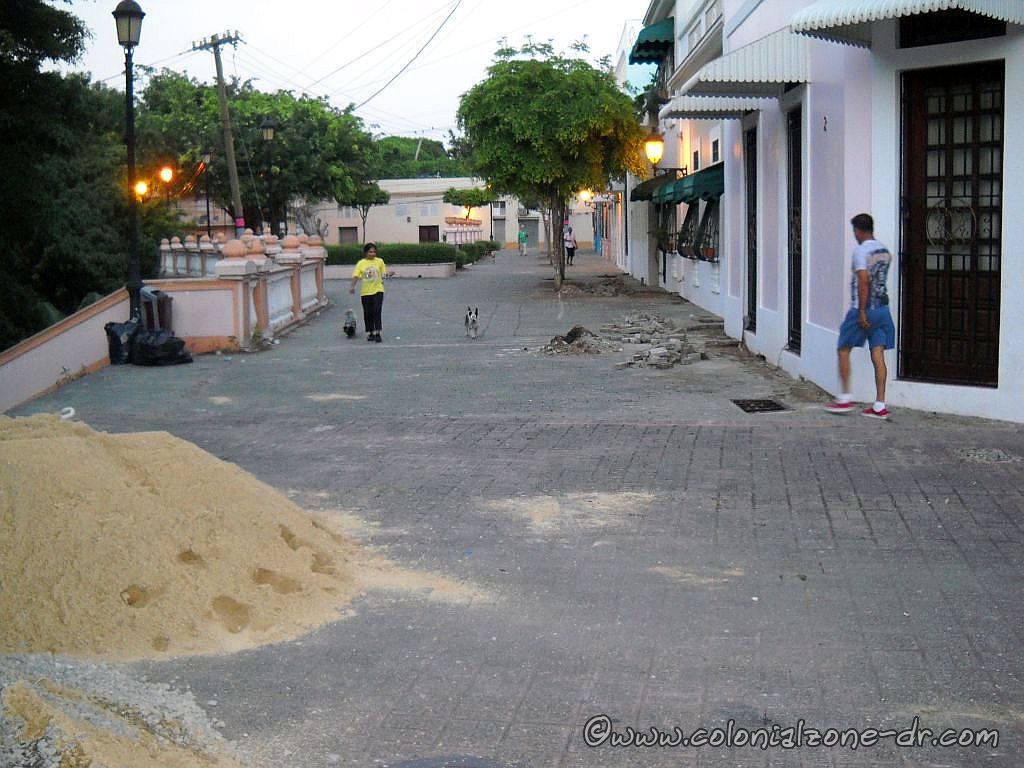 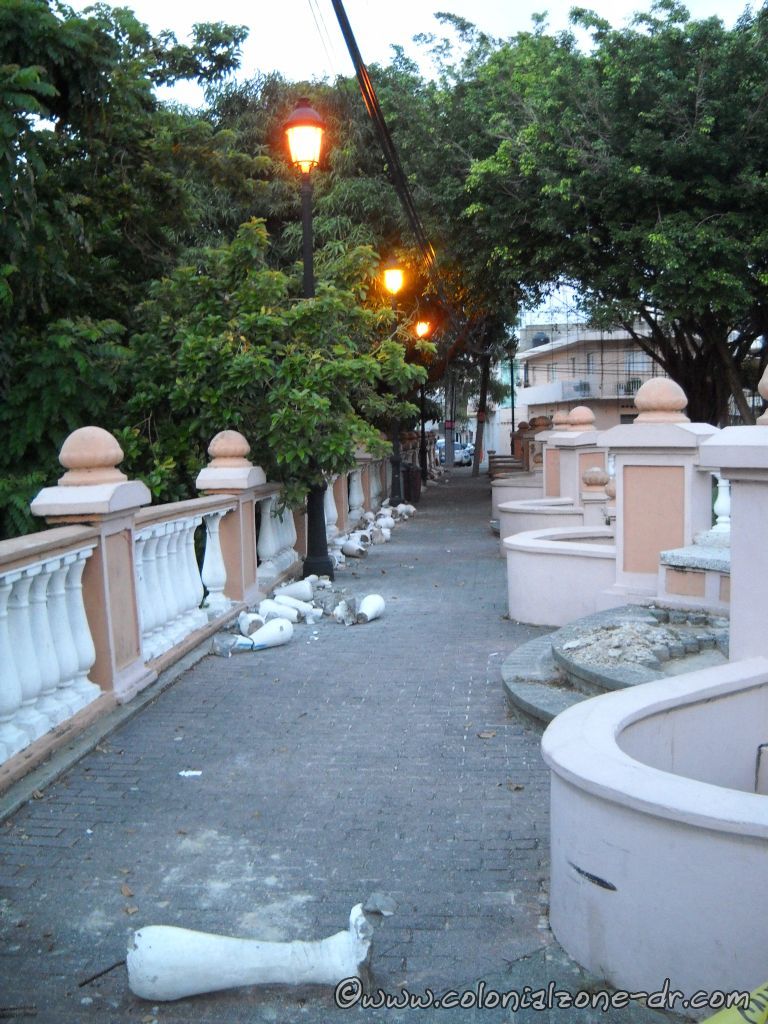 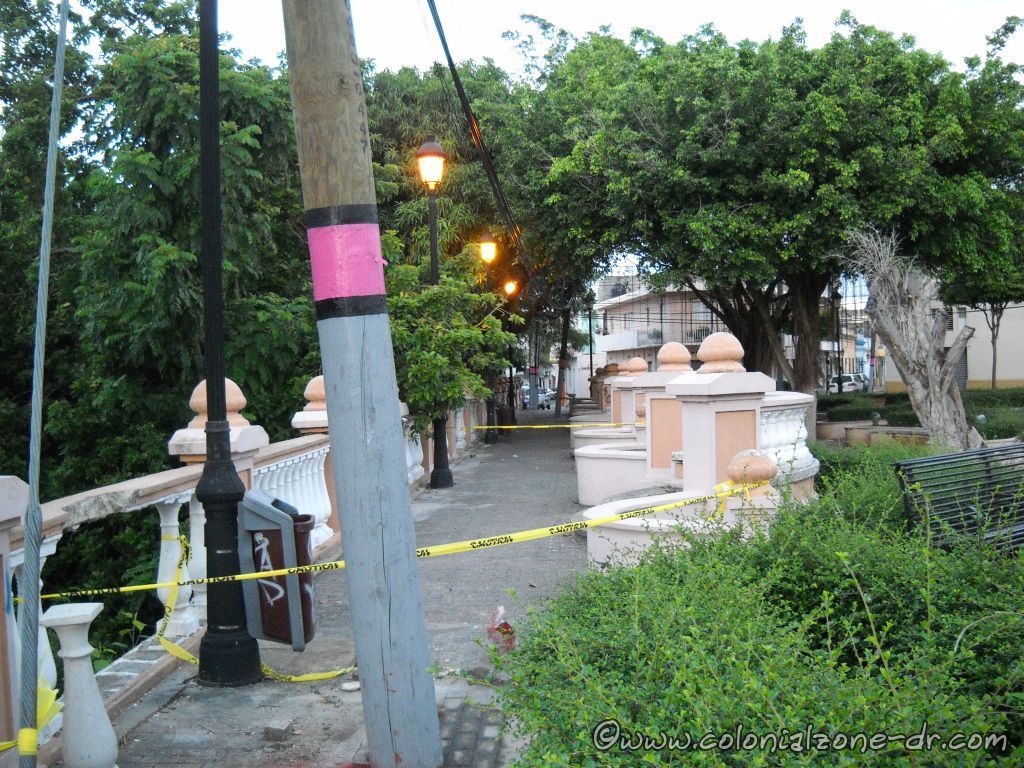 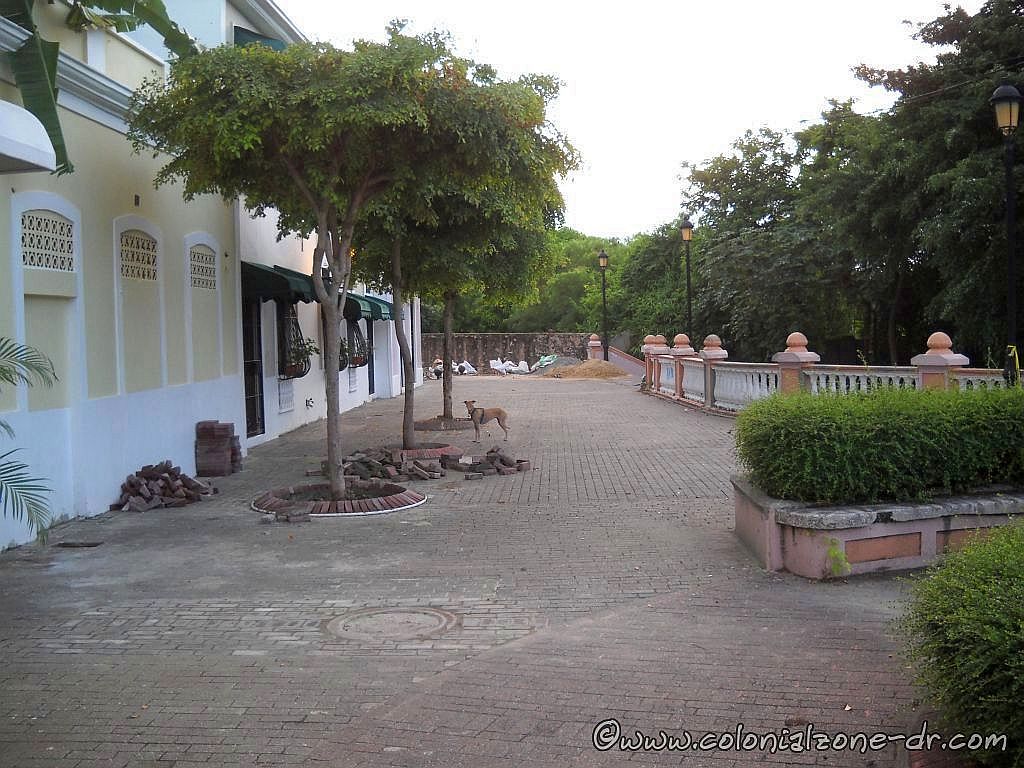 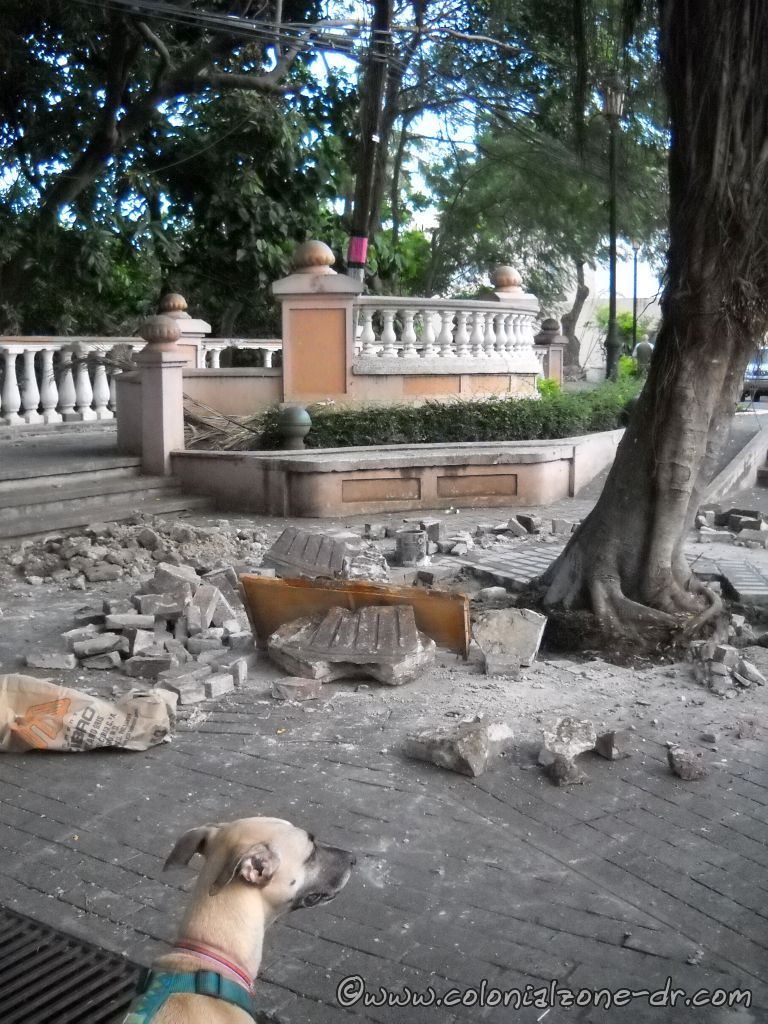 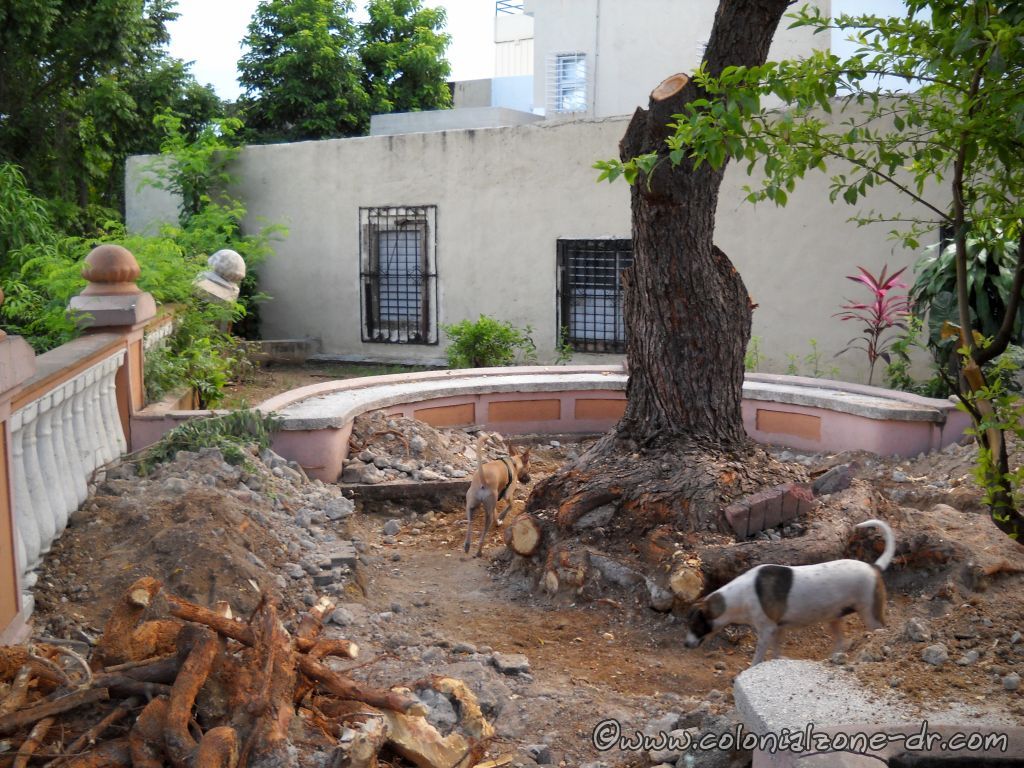