The Palacio Consistoral, originally constructed between 1502 and 1504, was the original location of the old town hall. 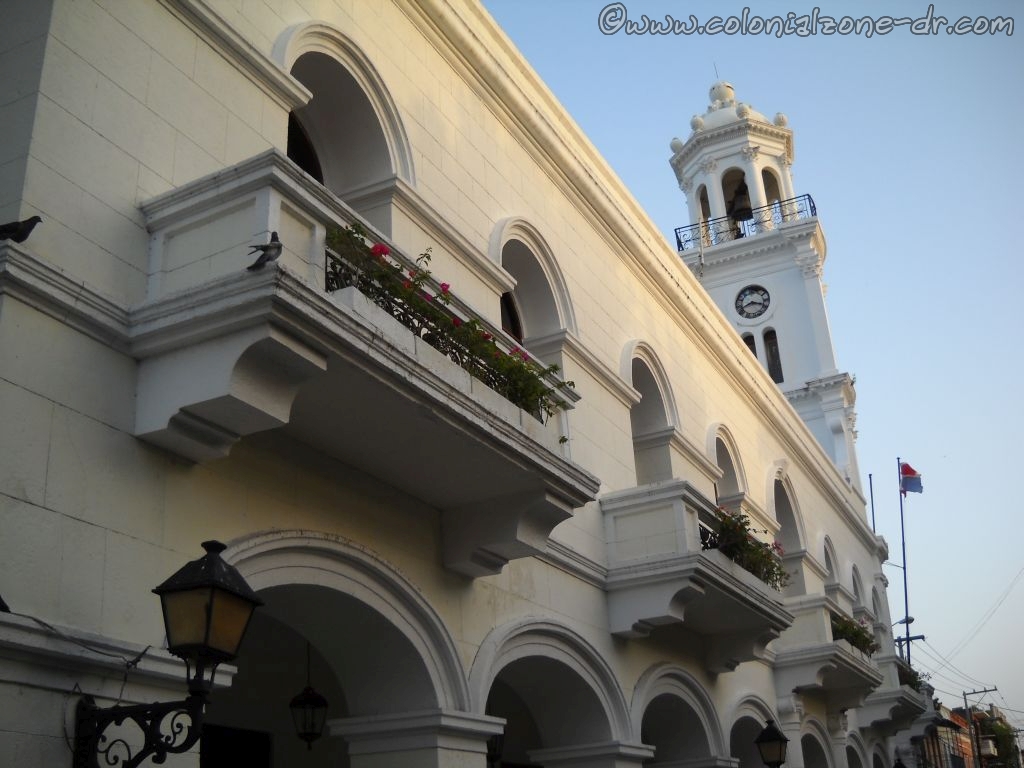 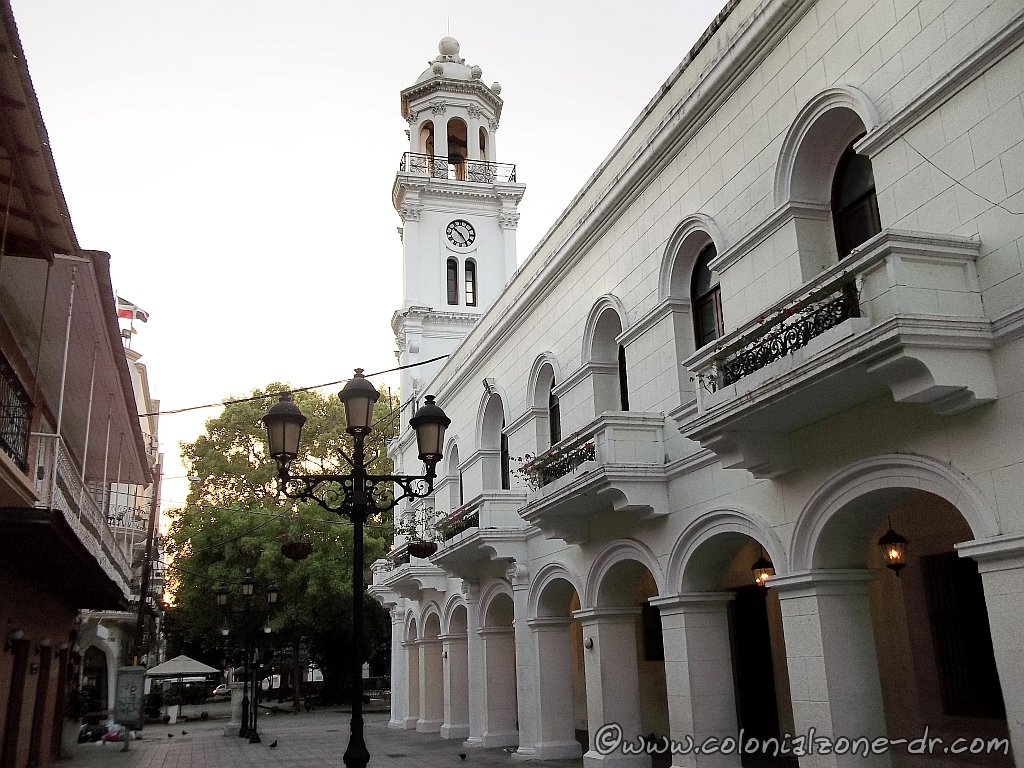 The Palacio Consistoral as seen along Calle el Conde, Zona Colonial, with a view of Parque Colon in the distance

The building an office of the Ayuntamiento del Distrito Nacional di Santo Domingo and Banco de Trabajadores. It also holds many events and exhibitions in its beautiful interior space. 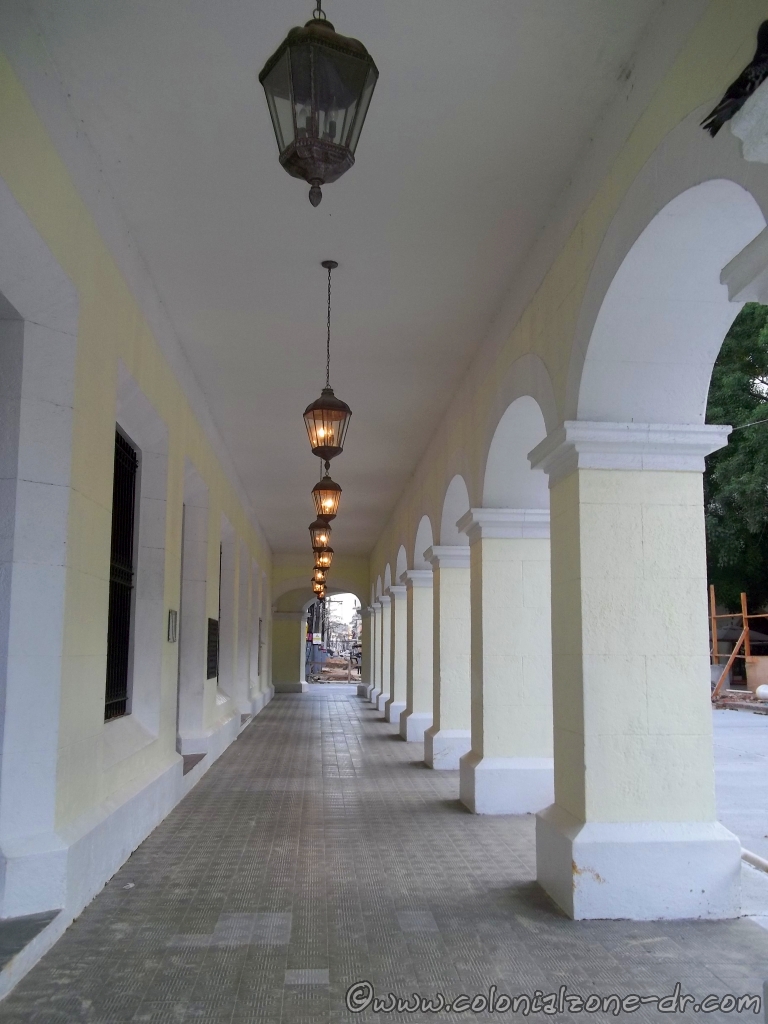 The outside porch of the Palacio Consistorial along Calle Arz. Merino. Colonial Zone

The tower looms high above the Colonial City like a beacon to those trying to find their way. If you are lost just look for this tower and you can find your way back to the Conde. 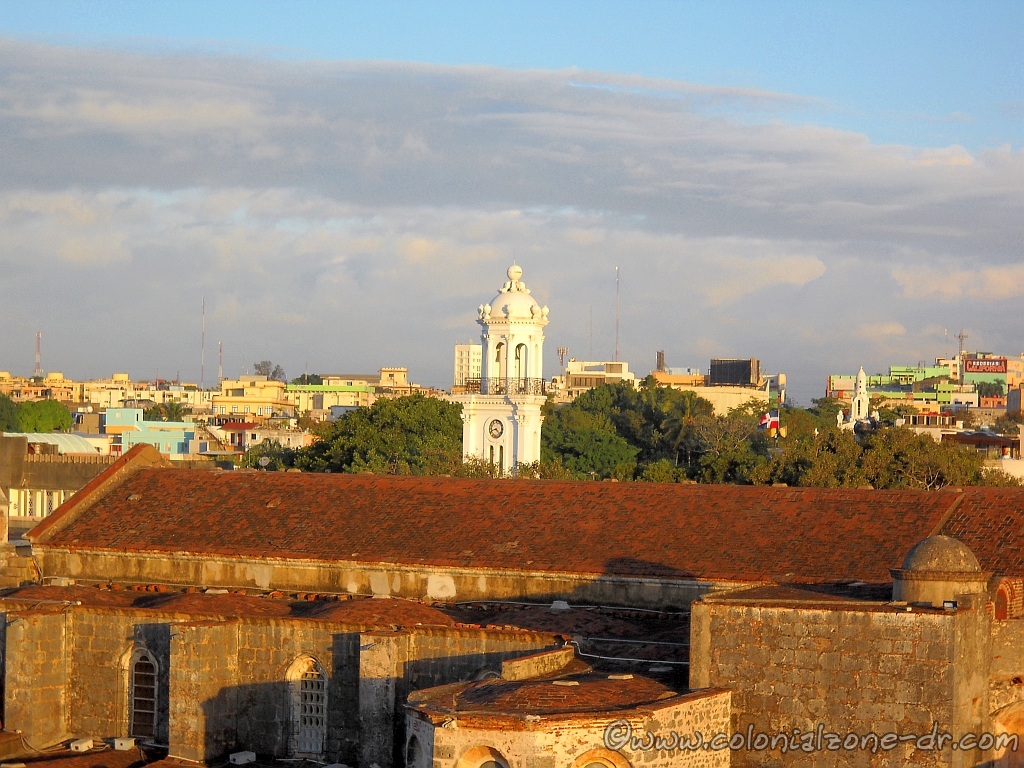 The tower of the Palacio Consistoral as seen from above.