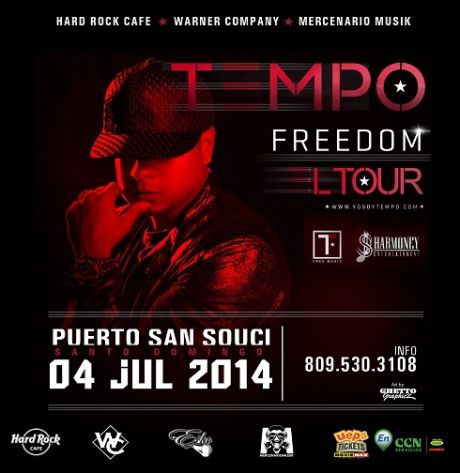 The first time ever in Dominican Republic Tempo (David Sánchez Badillo), the Latin Urban Music icon from Puerto Rico, will be performing his music hits including “Amen”, “Tu y Quien Más”, “Descontrólate” and more. This is his 7th album and his first tour after he was 12 years off stage because he served time in prison for drug trafficking. http://www.lamezcla.com/home/tempo-returns-to-puerto-rico/

Brought to you by Hard Rock Cafe, Warner Company and Mercenario Musik.