Another addition to the concert series “Back In Time 80’s Concert Party” at the Hotel Jaragua in Santo Domingo. Roger Hodson, former co-frontman and founding member of the much loved rock band Supertramp, is bringing his Breakfast in America Tour to the Teatro La Fiesta on Friday June 21, 2013 at 9PM with DJ Richard Szpilman. 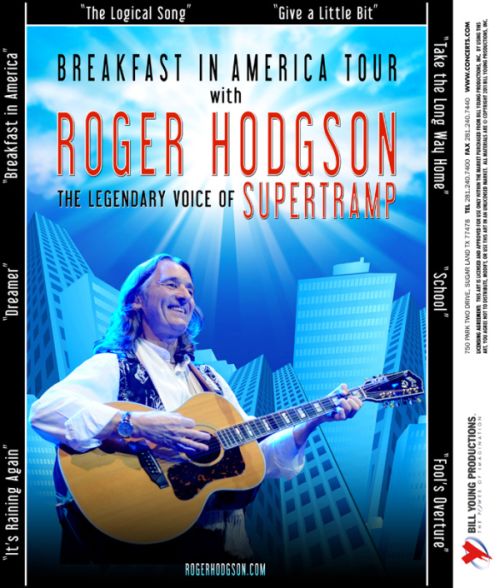 The 80’s progressive rock band Supertramp had many hit songs including “Dreamer,” “Breakfast in America,” “Give a Little Bit,” “Logical Song” and “Take The Long Way Home.

Roger is taking his tour to places like Germany, France, Spain, USA, Switzerland and he has included Dominican Republic in the tour as well. Tickets in advance starting at RD$2000 at TicketExpress and the Jaragua Hotel.

More information about Roger Hodgson, his music and the tour visit www.rogerhodgson.com