Sabrina Estepan brings her Jazz “Concerto Cebiao Jazziao” to the Centro Cultural de España (located on Calle Arz. Meriño and Arz. Portes, Zona Colonial) On Saturday February 23, 2013 at 9pm. She will be singing jazz, blues, scat, ballads, meringues and much more. It is a free concert. 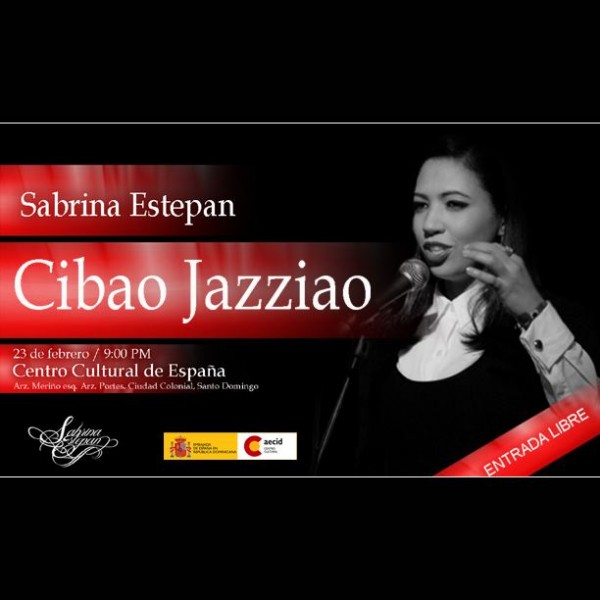 This popular singer is originally from Santiago, Dominican Republic. She has dabbled in various musical genres including: Jazz, Pop, Disco, Rock Alternative and Classical Music.

In March 2009 debut as soloist with “Sabrina Estepan Interpreta las Divas del Jazz” concert in tribute to the most recognized American female singers of the genre Jazz in the first half of the twentieth century. The concert was held at Casa de Teatro, in space Dominican Jazz, with resounding success. Recently, in 2011 she participated in the XV Festival Arte Vivo and the concert “El caribe es Jazz”/ “The Caribbean is Jazz” along with well known Dominican musicians including Giovanny Hidalgo, Poncho Sánchez and Bobby Sanabria.