The project Renovada Ciudad Colonial (they are remodeling the Colonial Zone streets making the area more appealing to tourism and development), part of the Inter-American Development Bank (IDB)-funded US$30 million Colonial City urban renewal project, has unearthed some interesting finds on the old city of Santo Domingo. Underneath these 15th and 16th century streets are hidden much of the countries history. 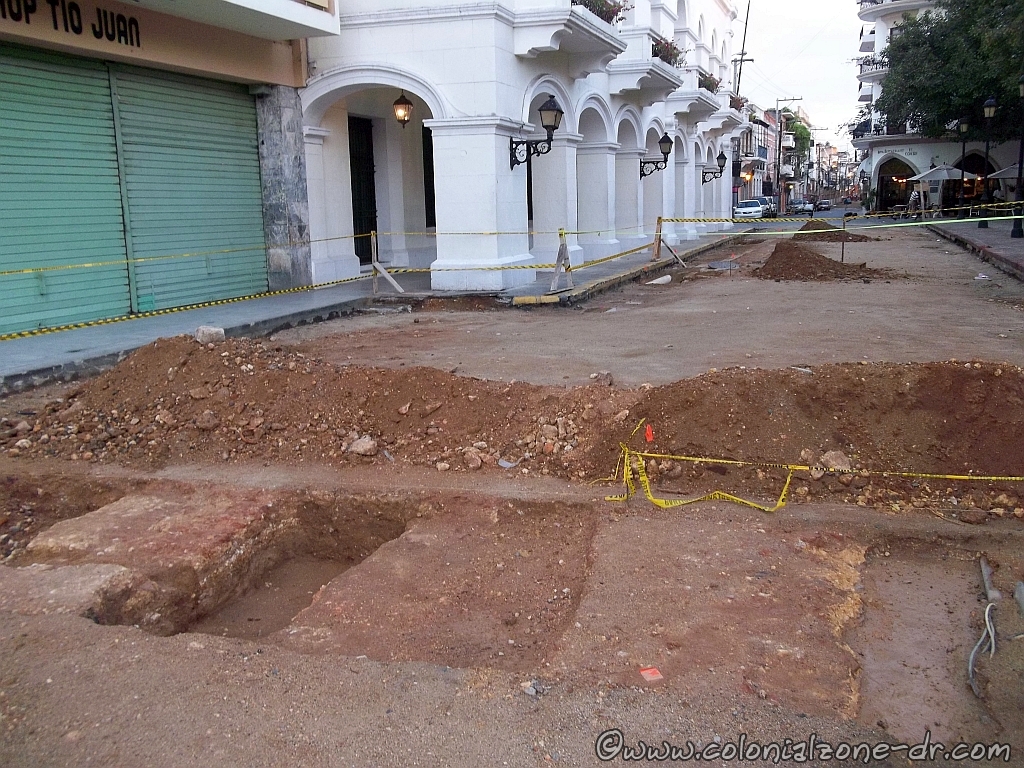 The first discovery was on Calles Jose Gabriel Garcia and Meriño where they discovered an old wall, one of the original stone walls surrounding the old walled city of Santo Domingo now known as Ciudad Colonial or Zona Colonial. (more information about that here https://colonialzonenews.colonialzone-dr.com//2013/08/23/new-old-wall-unearthed-in-colonial-zone/)

They also unearthed some pottery on the corner of Jose Gabriel Garcia and Isabel la Católica. 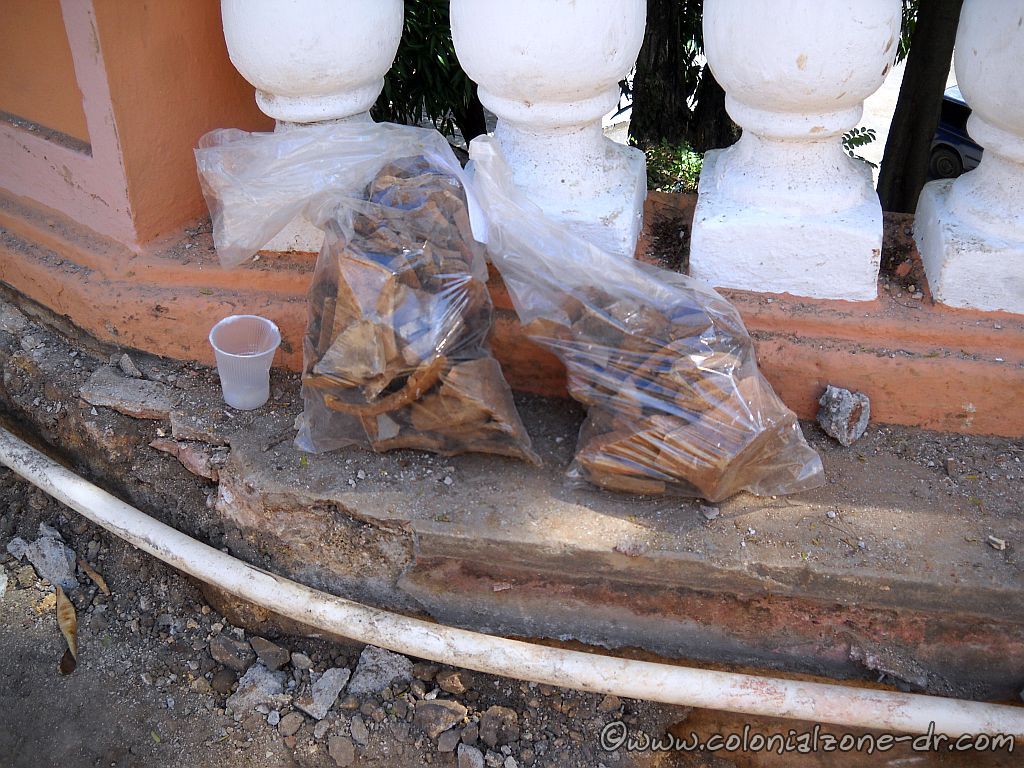 The team of archaeologists is now using Ground Penetrating Radar (RPS), a technology used to detect potential archaeological materials and resources prior to the excavations. They started using the radar monitors on Calles Isabel la Católica and Arzobispo Meriño, close the Catedral Primada de América. This area was the heart of the Ciudad Colonial area and should be the area with the most potential to host archaeological materials from the fifteenth and sixteenth centuries.

The work of the renewing the Colonial City continues oh so slowly. While the archeology teams do their work, taking care to preserve the treasures hidden below our streets and buildings for future generations. The construction workers do their work to make the area more livable and beautiful for us in the modern world.

The picture collection of the continuing work Renovada Ciudad Colonial.

Did you know – The RPS technology was also used to evaluate the area of the Convent and the Ruinas of the Monastery of San Francisco,

Learn Spanish Today! Fast and easy. Try it out for free. You will be able to speak complete sentences in no time. Great resource for learning Spanish in your home, for Teachers and Home Schoolers as well.