The new roads open, closed and with limited access for July and beginning of August as the work continues for the Renovada Ciudad Colonial / Renovating the Colonial City. 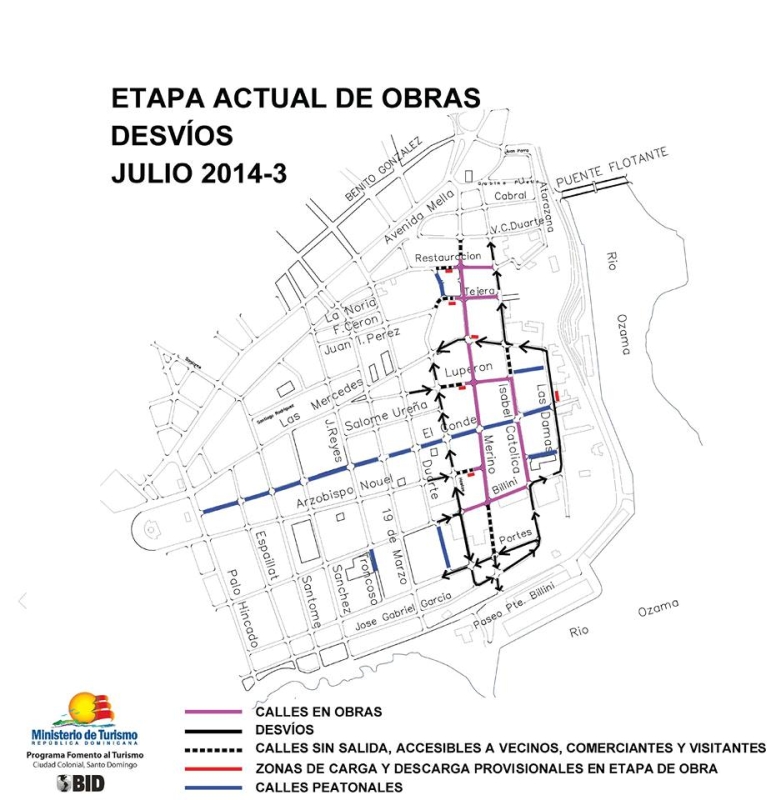 July, 25, 2014 marks the 1 year anniversary of the day they started putting up the road signs and barriers to start the renovation work in the Colonial Zone.

I have made a slide show presentation of the work in progress, taking pictures almost everyday of the streets under construction in the Zona Colonial. “Renovada Ciudad Colonial – The progress of the renovation project in the Colonial City, Santo Domingo, Dominican Republic. The signs went up on July 25, 2013 and the Official start was Aug. 2, 2013.”

I will keep adding pictures until the work on the first part is completed. Keep checking back to see the progress in pictures.