On May 20, 2012 Dominican voters will go to the polls to decide who will be the next President of Dominican Republic. The winner will occupy the Presidential Palace in Santo Domingo for the next 4 years when the current President, Dr. Leonel Fernández, term ends August 16, 2012

Election day is on Sunday so all the people who do want to vote can return to their home towns or wherever they are registered and cast their vote. Elections are fun for all as they have the weekend to see old friends, neighbors and family who have to return to their old neighborhoods to vote. All who vote will have a large black ink stain usually on the left hand index finger. This shows that they voted. The voter proudly shows their painted to all in a finger-up gesture to show they made their decision on who will lead the country.

Recent polls show the 2 leading parties PLD and PRD running neck and neck with as little as 1% or 2% between them. One poll you hear has one party leading while a different poll has another party leading. This means that this election is going to be very interesting to watch with no one knowing the outcome. If the elections are really close it could go to a second round. 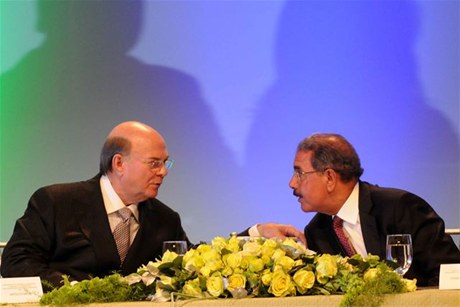 Thanks Listin Diario for the picture.

There will be lots of campaigning going on these last 2 weeks before elections. There will be music, dancing, flag waving all in a party type setting. There will be trucks loaded down with speakers playing political campaign music at unbelievable decibel levels. There will be people on the streets, in the parks, anywhere where a group can congregate, there will be campaigning. Just be aware, along with this party atmosphere are people that believe very strongly in their candidate. People are very into talking about political things right now. Conversations can and do get very heated at times. There have been reports of a young man wounded when hit by a stone, one of the district leaders was struck with a bottle and a young woman was injured in the caravan led by Margaret Cedeno. There were also attacks on the motorcade of the current president Leonel Fernandez and the PRD candidate Hipolito Mejia. A reformist sympathizer in Gaspar Hernandez was killed.

Enjoy the party and be aware of what is going on. 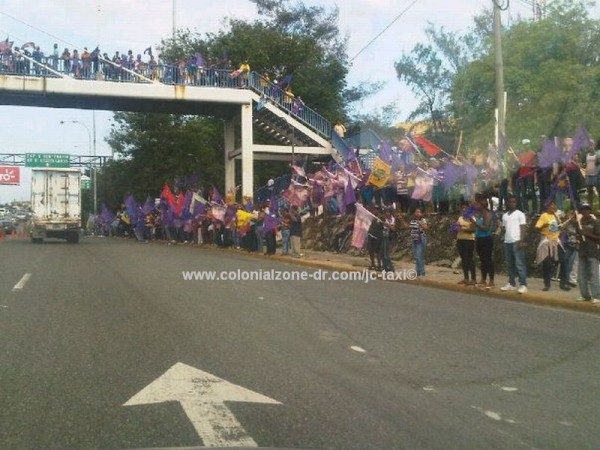