The glowing reddish orange “blood” moon (“That red light shining onto the moon is sunlight that has skimmed and bent through Earth’s atmosphere: that is, from all the sunrises and sunsets that ring the world at any given moment,” said Alan MacRobert of Sky and Telescope magazine.) was spectacular early this Saturday morning over the Caribbean Sea seen from Playita Montecino. 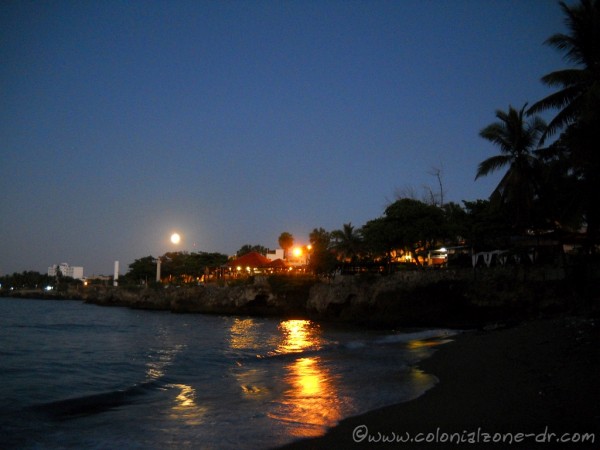 As the moon was falling into the western sky it happened, a partial lunar eclipse with a red moon. 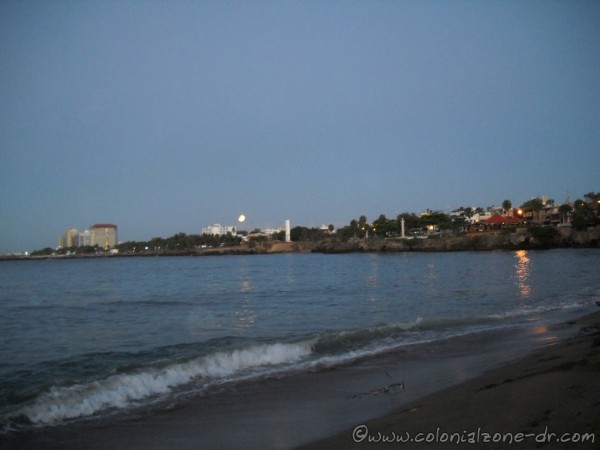 The beautiful bright moon started to loose its top roundness as if something was slowly taking a bite out of the top. The blood moon was being covered from the top (the eclipse) and the bottom as the clouds below started to cover the rapidly setting moon. The eclipse never became full because the moon set before the cycle was complete. 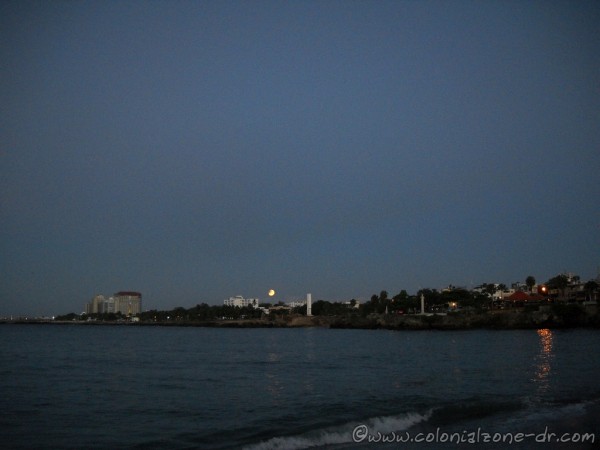 According to NASA, the total phase of the eclipse would only last about five minutes, making it the shortest lunar eclipse of the century. 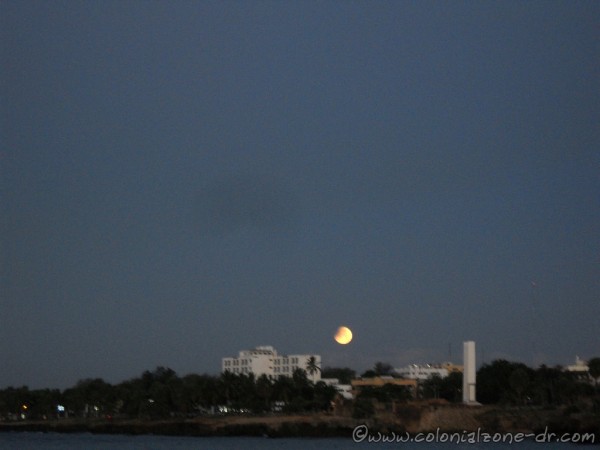 Here in Dominican Republic the partial eclipse lasted from around 6:15AM ET until the moon set which was around 6:23AM. There is only 1 other eclipse this year and it will happen on September 28, 2015.