Michael Camilo & Tomatito In Concert November 4, 2014. Dominican jazz pianist Michel Camilo and Spanish gypsy flamenco guitarist Tomatito will be together in Dominican Republic for a much anticipated concert. 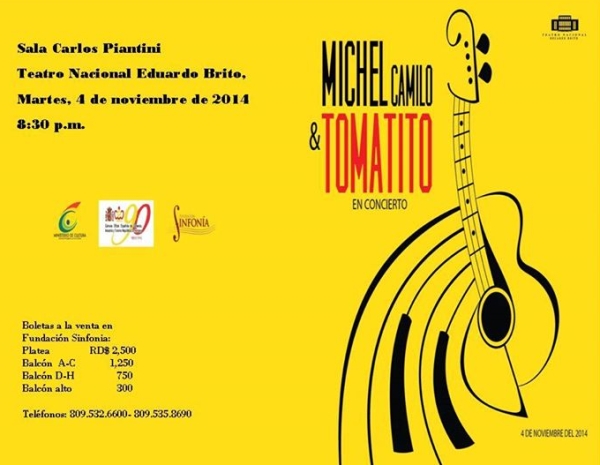 They have been traveling the world bringing their unique styles to all parts of the world including Korea, Switzerland, Azerbaijan, and USA. We are lucky to have them visit our little island as well.

The New York Times critic Jon Pareles wrote of their Carnegie Hall performance: “the two musicians set out luminous melodies and surrounded them with arpeggios or darting guitar lines, so that each phrase spawned ripples like a pebble dropped in a still pond. Together the duo found an elusive grace.”