The yearly rainy season is upon us. We have been getting some serious rain in Dominican Republic. Many areas have been evacuated and many homes lost. The rains are slowing down as the low-pressure trough that brought us all this crazy weather passes by.

People were evacuated from their homes in a Province of Santiago where they had a windstorm/ un ventarrón, hailstorm/ una granizada and heavy downpours/ aguaceros fuerte. A gale strom/ ventarrón that happened in Navarrete led to falling trees, power lines and damage to agriculture. In Puñal, Santiago there was flooding due to problems with the storm drains. The communities of Los Peinados, Los Contreras, Juana Rodriguez Arriba and Juana Rodriguez Abajo and Loma Colorado are all cut off from the outside world because of the Yuna River flooding. 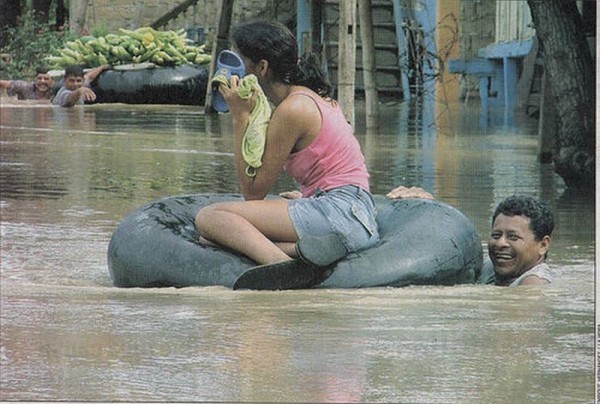 The National Weather Office/ la Oficnia Nacional de Meteorología (Onamet) and The Emergency Operations Center/ El Centro de Operaciones de Emergencias (COE) authorities called on citizens to follow the guidelines, even though the rains are diminishing the rivers and streams are overloaded and carry much water and may cause flash floods. Due to frequent rains and the saturated soil many areas will and have suffered landslides. 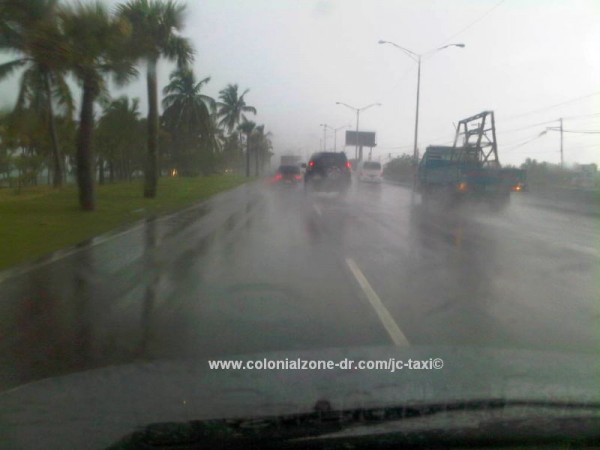 Be careful in low-lying areas. The highways can become very hazardous in a wink of an eye when the rain falls heavily. 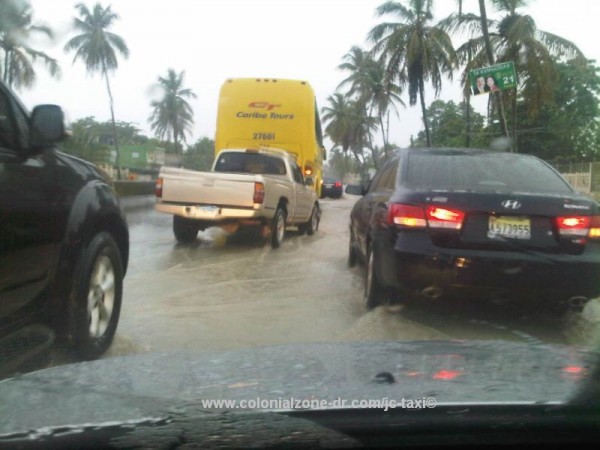 It seems that different areas of the country will be experiencing rains again this week. Be careful out there. 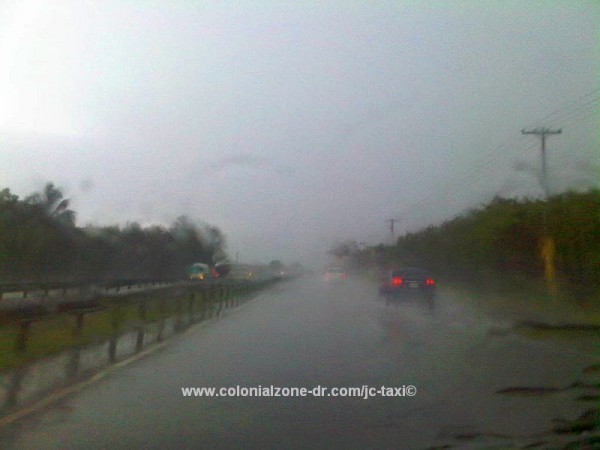 JC Taxi took the highway pictures as he traveled yesterday.

More information about all things Weather in Dominican Republic.