La Guagua is bringing their show “Ahí e´ que prende” to Casa de Teatro. This very funny stand up comedy group in Spanish always puts on a great show. They will have lots of new jokes, routines, spoofs and funny stuff for the adult mind at this new show. 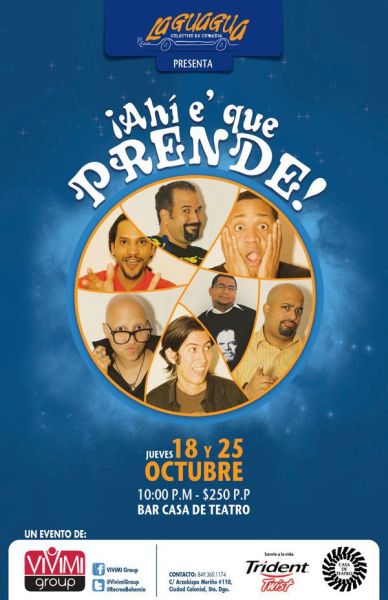 They are performing October 25th at 10PM at Casa de Teatro in Colonial Zone. Tickets are RD$250 p/p

More info about who is La Guagua and a video.