Juan Luis Guerra, the Dominican singer, songwriter and conductor, is on tour! He is bringing his international tour “AsondeGuerra” to the world. 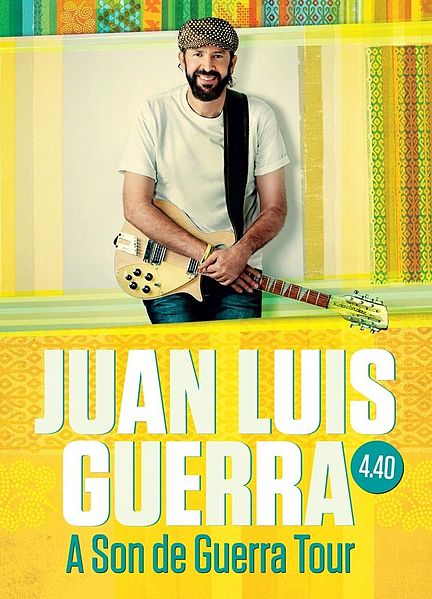 The concert includes songs from his latest album A Son De Guerra, released by EMI to market on June 8, 2010. Bringing his new classics “La Guagua” and “Bachata in Fukuoka”, and more to the stage. He will also be playing songs from his Christian Album Colección cristiana released February 28, 2012 and many of his most beloved and favorite songs from throughout his career. 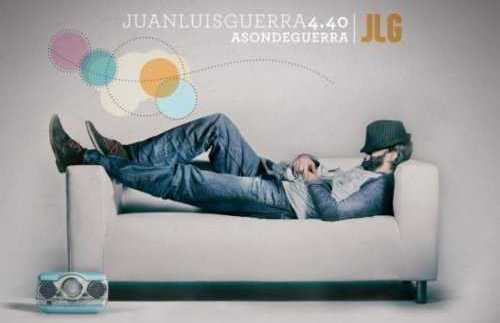 Juan Luis Guerra and 4.40 will be bringing the tour “A son de Guerra” to nearly 20 countries. The tour started August 2011 in Puerto Rico. He played to a full house playing his first time ever in Australia. His will make his rounds throughout Latin America, Europe, Belgium, Zurich, Italy, Spain and more.

Guerra and the 4×40 band will be playing in his home country, Dominican Republic, at the Felix Sanchez Olympic Stadium in the Juan Pablo Duarte Olympic Center in Santo Domingo. The last time Juan Luis sang at the Estadio Olímpico was for the concert named “A song of hope for Haiti”/ “Un canto de esperanza con Haití” on April 18, 2010. A benefit concert for the Haitian earthquake victims.

Tickets go on sale May 1st for this concert presented by Orange Dominicana. The concert is scheduled for June 16, 2012 at 8:30PM. Ticket prices start at RD$400 to RD$1,000. They are on sale at Caja Expreso Orange Piantini; Orange Shop Rómulo Betancourt y Orange Shop Calle El Sol de Santiago and in La Sirena y Supermercados Pola.

Juan Luis is the most famous and loved international Latin artist of his time. He plays all types of music including bachata, merengue, jazz, pop and rock. His music is a mix of many types of music. The most recent album is of Christian music. You can find information and see a video – En El Cieol No Hay Hospital – Juan Luis Guerra Newest at the Colonial Zone News Blog.

Get A Son de Guerra

Check out all Juan Luis Guerras music at iTunes.