Jorge Villamizar the Colombian musician, singer and composer will be at the Hard Rock Cafe in Zona Colonial, Santo Domingo on Friday, November 22, 2013 at 9PM. 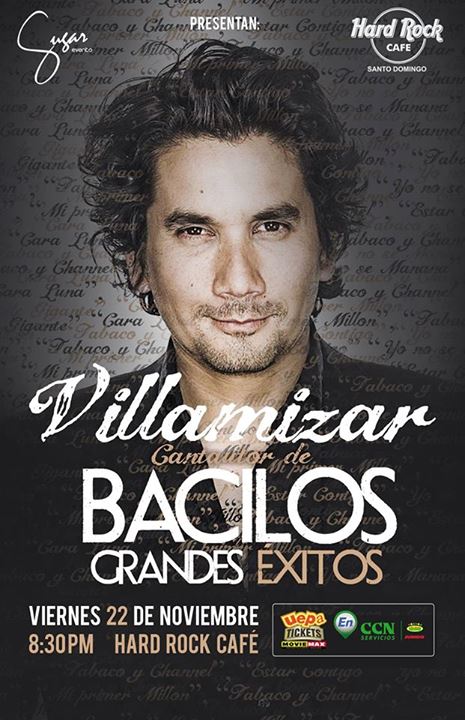 Villamizar was the leader of the band Bacilos. The band won both Grammy and Latin Grammy Awards. Now he is on his own with his unique Pop Rock music.