Jaime Viñas presents his last concert of the year ¨Muchas Gracias 2012¨. The concert is Wednesday, December 5 at 9PM at The Hard Rock Cafe, Santo Domingo. Advanced tickets go on sale November 15 at a cost of RD$250. 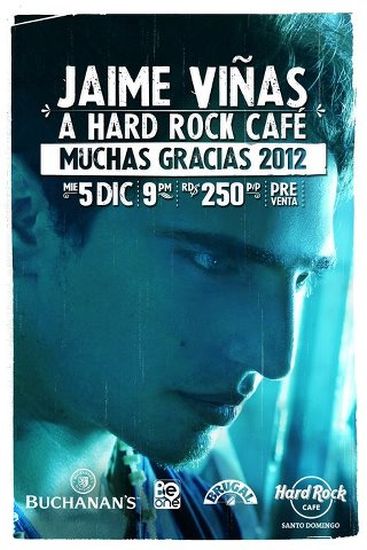 Jaime Viñas launched his solo musical career at Hard Rock Cafe Santo Domingo in the summer of 2010 with his first single. At the end of 2011 came his first disco¨Taquicardia¨ with all but 1 song written by him.

More information about Jamie Viñas on his web site.