Information Society is an American band from the late 1980’s known for their own style of New Wave, Techno, Freestyle and Dance music and part of the Second British Invasion. They will be at the Teatro La Fiesta,
Renaissance Jaragua Hotel and Casino 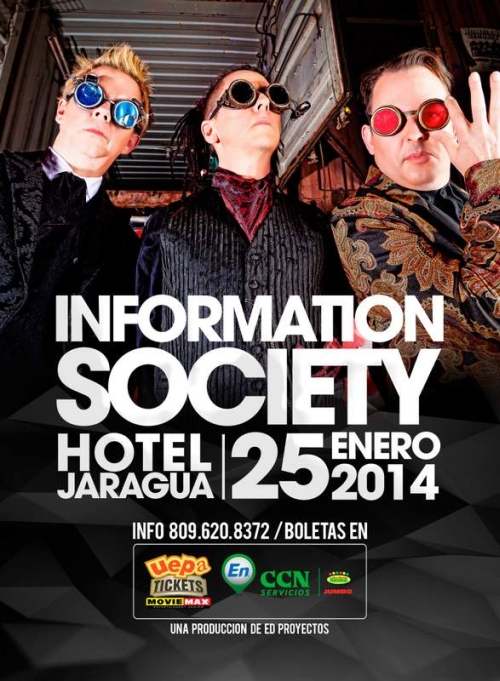 InSoc was first known for their 1988 hit “What’s on Your Mind (Pure Energy)”. They have continued to perform with band members coming and going for over 25 years.Information Society Store on Amazon

Tickets can be purchased at Uepa Tickets (on line), Movie Max Piantini, SuperMercados Nacional and other places.