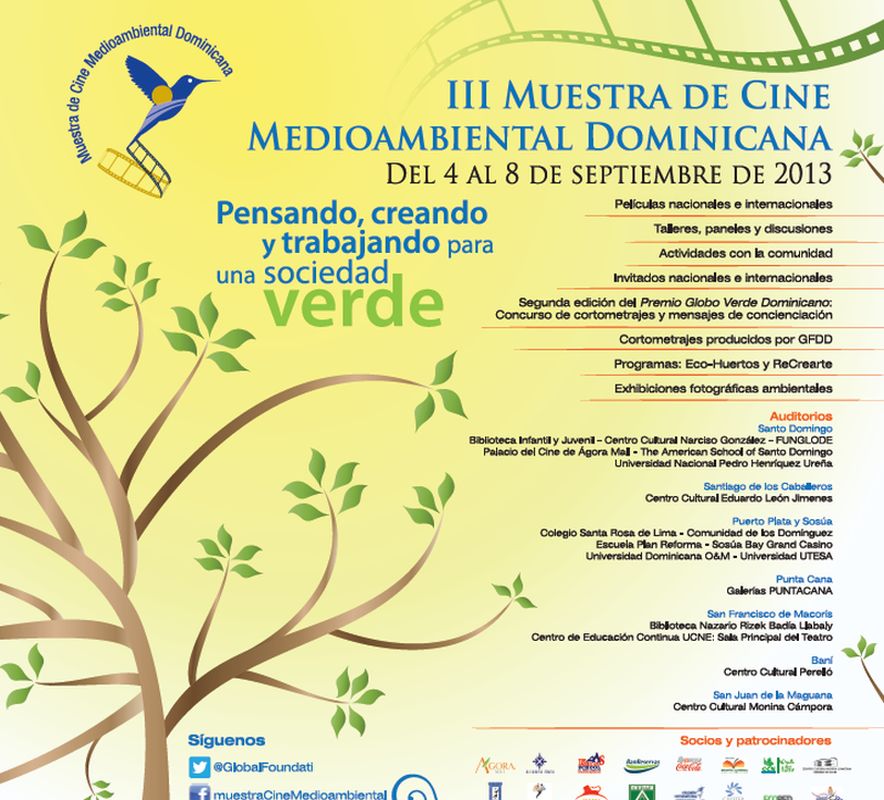 The contest is divided into two categories: short films and public service announcements. With this contest, GFDD and FUNGLODE seek to promote environmental filmmaking as a platform to educate and raise awareness. The activities are sponsored by GFDD and FUNGLODE.

Get more information and check out some of their videos and up coming events. http://www.muestracinemedioambientaldominicana.org/

DREFF has many film screenings and programs throughout the year including Beach cleaning, tree planting and other great things to save and clean our environment.