We had a visit from Hurricane turned Tropical Storm Beryl. She was only here a short time but she cause some serious havoc in the city of Santo Domingo. She brought with her widespread flooding and a little bit of damage. No lives were lost but some homes were.

I took this video in Villa Duarte, Santo Domingo Este at the Texaco gas station on Ave. España. It was taken at 4:43AM. It was the longest continuous thunder and lightening storm I have ever seen or heard.

Positive Things
We did get some much needed rain. The farmers were happy.

The Dominican Dogs, Inteliperra and Buenagente, were happy that the reflecting pools at the Faro a Colón were filled with rain water. Well, Teli was happy, Buena could care less. 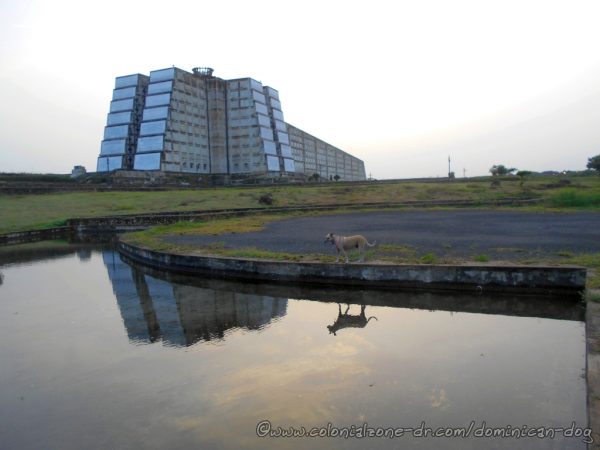 Inteliperra enjoying the water at the Faro a Col{on in Santo Domingo Este the day after Tropical Storm Beryl passed.

The short but heavy rains that Beryl brought showed the city what must be done to improve the drainage and other things before a longer and stronger hurricane hits us. That is about the only thing positive that comes into my mind. Everything else is just too sad. 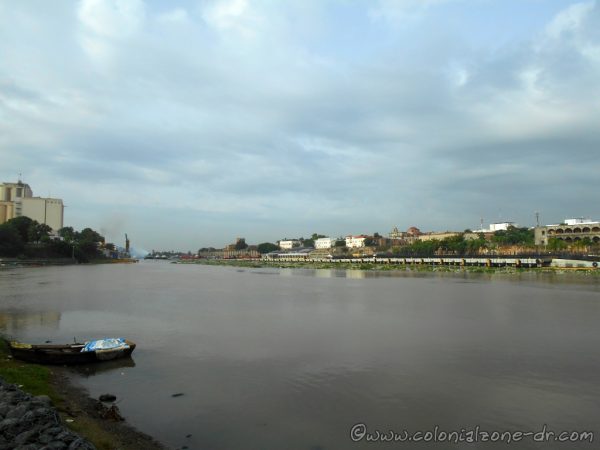 Pollution in Rio Ozama (July 12, 2018) after Hurricane – Tropical Storm Beryl passed. It is all heading to the Caribbean Sea.

Pollution after Hurricane – Tropical Storm Beryl passed (July 12, 2018) through Santo Domingo. This is at the mouth of Rio Ozama. All the trash from the river washed out to sea passing by Playita Montecino (also known as Playa Placer de los Estudios). This beach is in front of the Colonial Zone (Ciudad Colonial).

People were there collection plastic bottles for recycling. 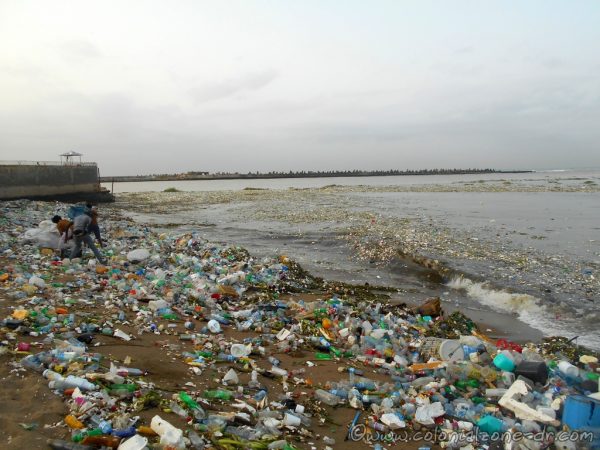 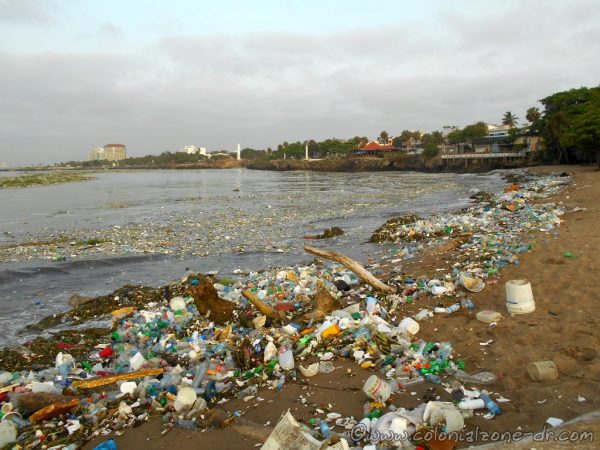 This video I posted on our Facebook page Colonial Zone, Dominican Republic.

When will people learn?

Information on what to do before, during and after a hurricane here in Dominican Republic.