The Choir of the Universidad Autónoma de Santo Domingo presents their concert ““Gloria al Señor”/ “Praise the Lord” with psalms and sacred music of composers belonging to the period from the sixteenth to the twentieth centuries. It is to celebrate the 63rd year since the group was founded. 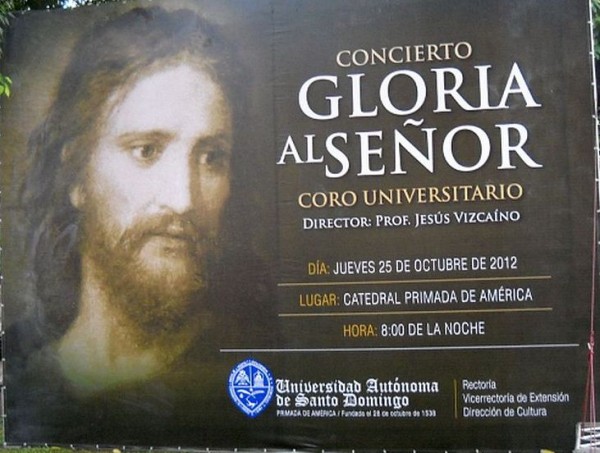 The concert will take place on Thursday October 25, 2012 in the Cathedral de Santa Maria, Primada de América / The Cathedral of Santa Maria, The First in America in the Colonial Zone. Voices will be raised in praise starting at 8PM.

The University Choir is directed by Professor Jesús Vizcaíno, consists of 70 voices raised in praise. The choir will feature soloist soprano Ana María Martínez and the mezzo-soprano Glemmer Pérez. The tenors are Modesto Acosta and Pedro García with the baritone Eduardo Mejía.