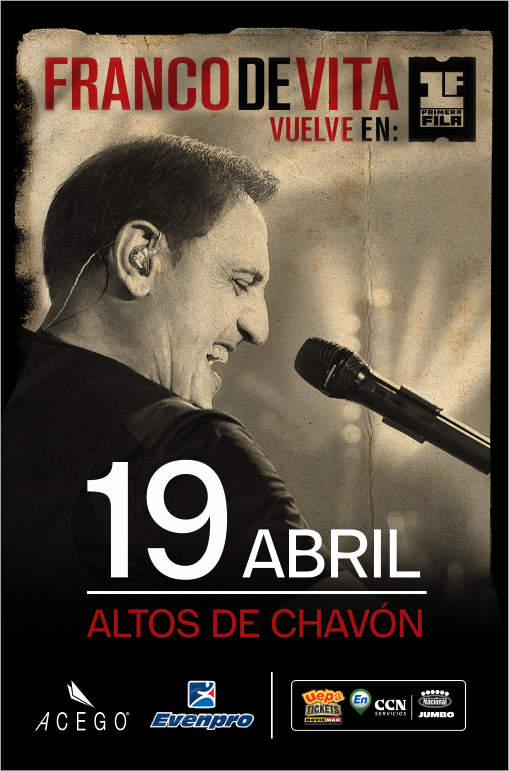 De Vitas’ album music because very popular throughout his home country of Venezuela. A song, His album Extranjero had a song, “No Basta”, that reached #1 on the U.S. Latin charts and also won an MTV Video Music Award. Since this he has had many hits. De Vita appeared on Tony Bennett’s album “Viva Duets” where he sings with some of the biggest names in Latin music.

Ticket prices start at RD$2,480 and can be purchased at Jumbos, Movie Max Piantini, Uepa Tickets and More information and tickets on line at Uepa Tickets