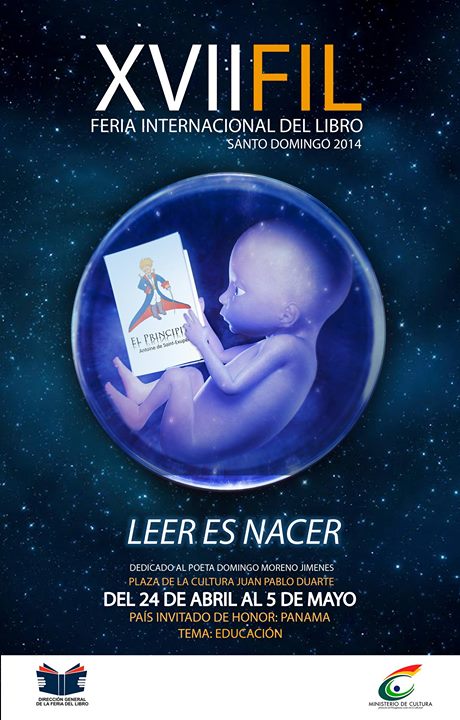 Each year there is a special invited country. This year the fair is dedicated to writer Domingo Moreno Jimenes and the honored country is Panama. The cultural program has book presentations, conferences, lectures, workshops on cultural aspects, discussions, panels, entertainment, activities, visual arts, theater and any other events all related to the world of books and reading. This years fair focuses on education as a priority for society and the Dominican government, domestic violence and young people.

One of our favorite things is the special pavilion dedicated to the memory of Belgica Adela Mirabal (Dede) who died on February 1, 2014. She is the sister of national heroines the Hermanas Mirabal.

The Cultural Plaza has been cleaned and beautified and the security has been stepped up so all will feel safe and be able to enjoy the concerts, exhibits, plays, readings and much more with out worries.

For a little history about the Book Fair go to last years post https://colonialzonenews.colonialzone-dr.com//2013/03/27/feria-libro-book-fair-santo-domingo-2013/