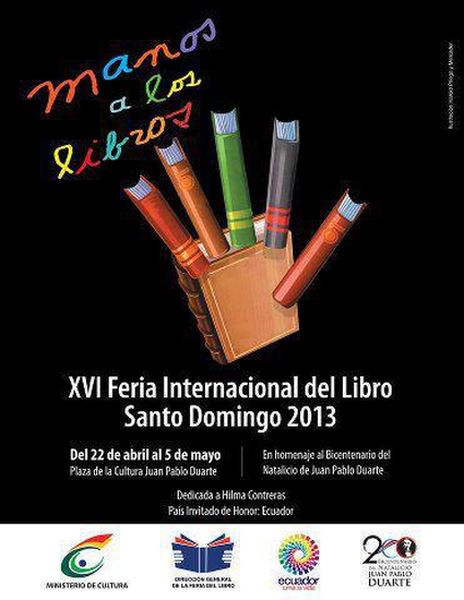 This annual cultural event will be held from April 21 to May 5, 2013 at the the Plaza de la Cultura Juan Pablo Duarte located in Gazcue, Santo Domingo. This year the fair is dedicated to writer Hilma Contreras and the invited country of honor is Ecuador. There will be special activities including commemorating the Bicentennial birth of Juan Pable Duarte. 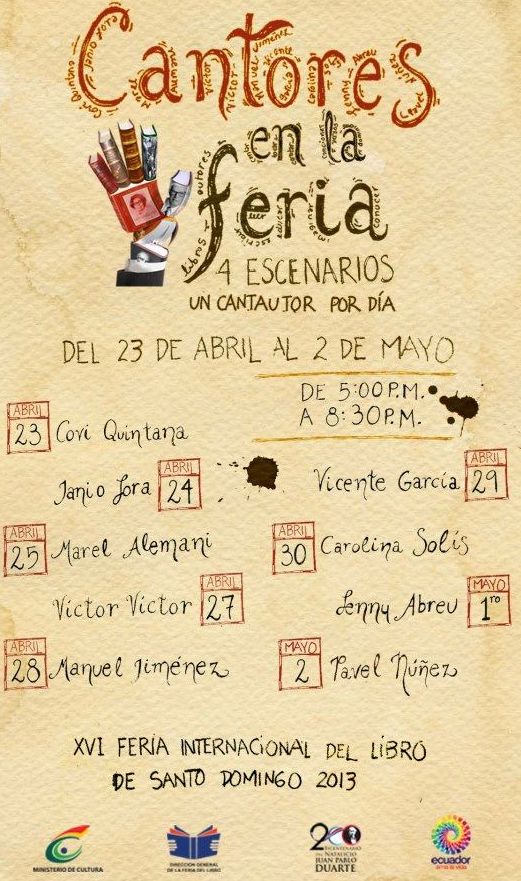 Singers Schedules at the Feria 2013

The Cultural Plaza has been cleaned and beautified and the security has been stepped up so all will feel safe and be able to enjoy the concerts, exhibits, plays, readings and much more with out worries.

I will post more information as it comes available.

Don Julio Postigo, bookseller and evangelical pastor, was the pioneer of book fairs in the Dominican Republic. In 1950, at his suggestion, April 23 was established as World Book Day, in honor of Miguel de Cervantes Saavedra. A year later he made the first National Book Fair/ Feria Nacional del Libro in Columbus Park extending to Palacio Consistorial.

These small book fairs were held yearly (at this time there were only 4 or 5 libraries of some importance in the entire country) until 1956. I the years 1956, 1957, 1959 and 1960, the book fair was not held as this time it was just too politically unstable. Then in 1961, the year of the end of the Era of Trujillo, was held the last book fair. The Feria was started again in 1967 but again in the following years it was stopped from happening.

In 1970 the fair was started up again and in 1973 it was formalized and regulated by creating a permanent committee to oversee the event.

When the book fair started there were very few libraries and book stores in the country. Throughout the years each event has been dedicated to a writer or famous person and there is also a guest country. Now there are more than 2000 displays. It is not only a book fair but a real cultural event for the entire family.

For the complete history of the Feria in Spanish.