El Mago de Oz/ The Wizard of Oz by L. Frank Baum is coming again to Dominican Republic. Since it was such a great success it was decided to bring it back so more people could enjoy this beloved children’s story for the entire family. 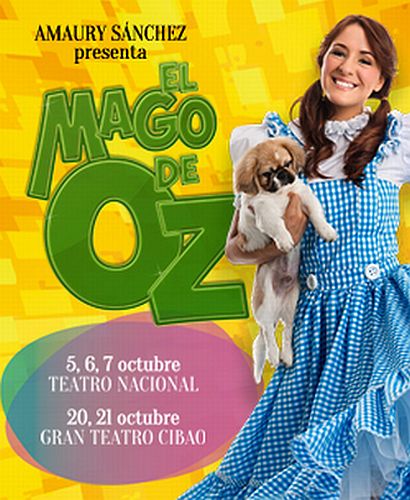 The musical will be in Santo Domingo October 5, 6 and 7, 2012 at the Sala Carlos Piantini in the Teatro Nacional Eduardo Brito.

Then it moves, for the first time, to the Gran Teatro del Cibao in Santiago for the October 20 and 21, 2012 performances.

The shows are a benefit for the Voluntariado Jesús con Los Niños de la Ciudad Corazón an organization that works with children.

More information and Tickets at Ticket Express. Tickets can also be purchased at the Box Offices.