The Banco Central de la República Dominicana / Central Bank of Dominican Republic has announced that there are counterfeit (Dosmil Pesos Oro or Dosmil Pesos Dominicanos) $2000 peso notes in circulation. These bad bills have the series or year 2013 and the bank says they have not issued any RDP$2000 notes in this year and they are the ONLY bank that issues the monies of the country.

For the article written in Spanish http://www.bancentral.gov.do/noticias/avisos/bc2013-11-06_aviso.pdf

Another money note. Cambio en el Billete de RD$200 / Change in the $200 Dominican Peso Bill with the images of the Hermanas Mirabal has changed. It used to say Doscientos Peso Oro and this had been changed to read Doscientos Pesos Dominicanos. 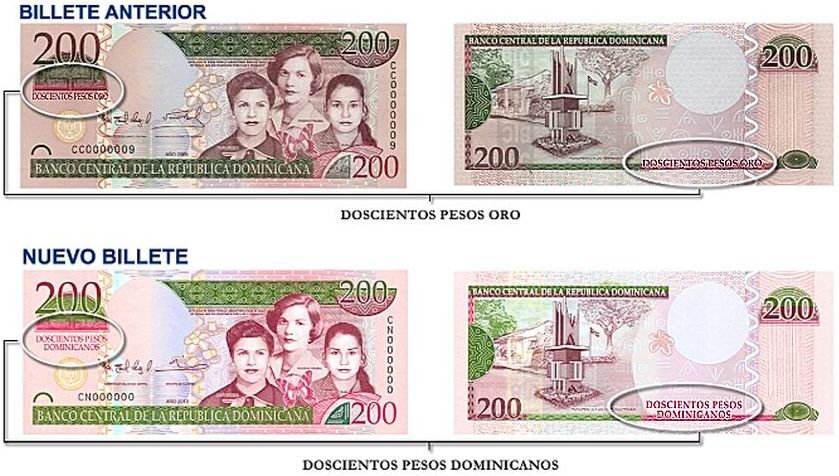 For the entire article written in Spanish http://www.bancentral.gov.do/noticias/avisos/bc2013-09-06.pdf