The last article was about noise in the Colonial Zone area and the neighbors and pastors getting together to see what they can do to stop this problem. Well it seems they are doing something. 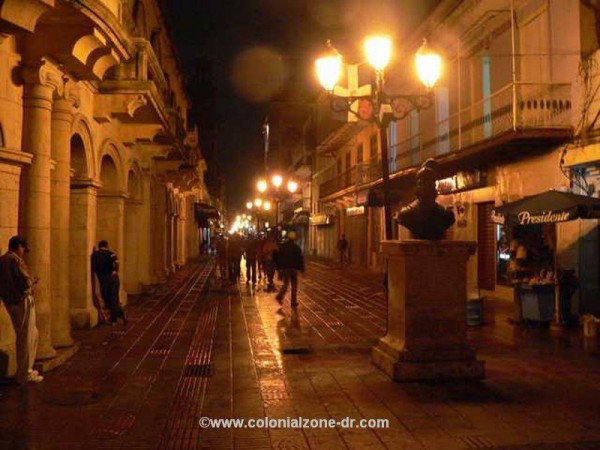 BARS CLOSED (June 25,2012)
Monday the The Ministry of the Interior and of the Police/ El Ministerio de Interior y Policía reported they closed five problem bars for 20 days and three in Villa Juana. discotheque-bars Mi Loka on Sanchez St. Number 255, Cacibajagüa on Sanchez 201, Le Studio Lounge on Sanchez at the corner of Mercedes, Mojiganga Bar on Mercedes 154, and Discoteca Encuentro Artesanal on Arzobispo Meriño 407.

They said that the bars that were temporarily closed have already received three notifications for different reasons, among other for blocking the public roads, parking on the sidewalks, and noise. This last one is the principle cause of the closures.

During the meeting held at the headquarters of The Ministry of the Interior and Police, the Ministry of the Environment, the Association of Neighborhood Watches in the Colonial City, the Colonial Pastoral, the Association of Ciudad Ovando, the Attorney General of the Republic plus the neighborhood representatives called junto de vecinos. There were also some bar owners present as well.

The representation of the Union of Neighborhood Boards of the Colonial City demanded that the police presence in the area be improved; and that they provide more monitoring of the “colmadones” which operate in the area; they complained also that many places are operating without any signage, which makes one question their legality.

EIGHT DRUG DEALERS ARRESTED (June 26, 2012)
The National Drug Control/ La Dirección Nacional de Control de Drogas (DNCD) yesterday in the Colonial Zone, arrested eight individuals considered as known drug dealers. They had cocaine, crack and marijuana all ready to sell and cash. The police are stepping up their watch because of the vigilance of the residents of the Zona Colonial.

The Problem of Noise in the Colonial City

Architects Erick Dorrejo y Pedro Mena are looking into the issues about the noise problems in the Colonial Zone. They want to make it so businesses and residents can live together in harmony. Urban management is needed to build the necessary tools to enable all sectors, both citizens and traders, to exploit the potential of the compact city without attacking others. Juarez says that all of us need to respect each others rights so all can live in peace.

Proposed is the need for businesses, especially those that play music need to start using sound-insulating devices. They propose the use of double glassed doors and enclosing the areas where loud music is played. There is a definite need to define specific locations for parking so that the streets of the Zone allow the free passage of pedestrians.

OWNERS OF NIGHT CLUBS SPEAK OUT
Owners of nightclubs have been complaining they are being attacked with notifications of the Ministry of Interior and Police and yet they have not previously received opposition from neighborhood groups.

Juan Carlos Oviedo, owner of La Espiral on José Reyes notes that in four years has been closed twice and never once was approached by a neighbor to say there was a problem.

Odalis Robles Rodriguez, the owner of Café de Toi on Jose Gabriel Garcia says she had to overcome a media campaign against her when this bar is considered to be ok with the neighbors.

The Ministry of Interior and Police created a committee of interested persons to monitor the business that are considered to be annoying. 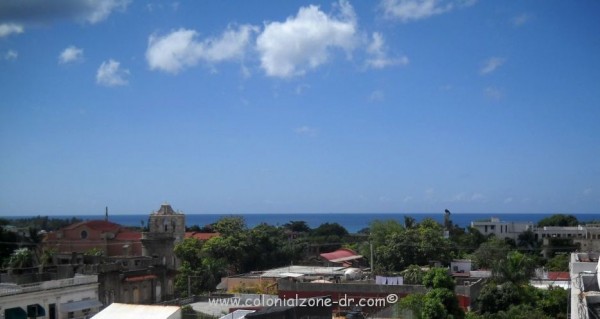 Doesn’t the colonial City look peaceful from above?

There has to be a happy medium to resolve the problem and still make the Colonial City a popular place to see history, relax and also party. Lets hope we find it soon.

Information for all the Bars and Restaurants in the Zona Colonial.