There are so many things going on during the holiday season it is difficult to keep track of it all. I will try and add events and stuff happening in the Colonial Zone – Santo Domingo area as I find them.

– The hours for all Bars, Discotheques, Restaurants, Colmados and other businesses selling alcoholic beverages are non existent. These establishments can be open for as long as they wish with no closing time restrictions. The Ministry of Interior and Police announced that it is lifting alcohol sales restrictions from Monday December 11, 2015 until Sunday January 7, 2018. Have a good time and be careful out there.

Colonial Gate presents during the holiday season “Sleigh Ride, A Festive Holiday Adventure.” Accompany Santa and his elves and a very special reindeer distribute gifts to children all over the world. There are also other special 4-D adventures. Contact Colonial Gate at (809) 682-4829 for hours and shows.

Parque del Este will be lit up for Christmas with a spectacle of lights and colors called “Vive la Navidad.” The park is open for visitors from 6 PM to midnight during the holidays. 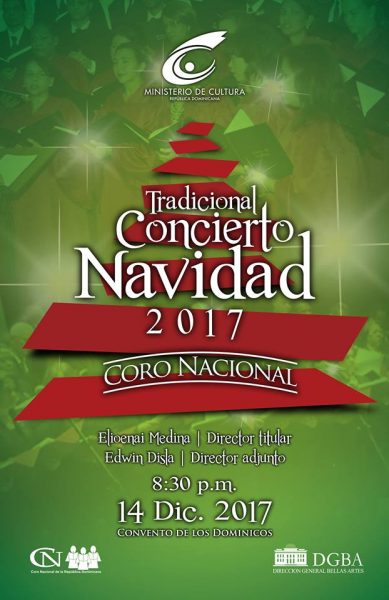 El Hombrecito, spoken word musicians and poets, will be playing at Colmado Familiar located on the corners of Calle Padre Billini and Sánchez. Starting at 8PM until..?

Noche Buena – Many businesses are closed for this special family – night.Some open later in the evening after the evening meal. Have a blessed Christmas Eve. 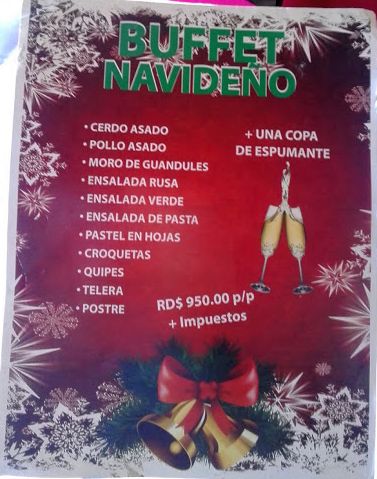 Christmas Day. Some businesses may open late or not at all to rest after a busy Christmas Eve.

Christmas Day Choral Concert in the Cathedral de Santa Maria starting at 8PM. Get there hours early if you want a seat inside. The choir will be singing traditional religious Christmas songs.

New Years Eve / Año Nuevo “Rally del Borracho” The 45th Anniversary of this giant street party starts at 10AM Thursday December 31, 2015 until the rising of the sun on January 1, 2016 or until the last man (or woman) is left standing. A map and more information about the Rally del Borracho from an old post.